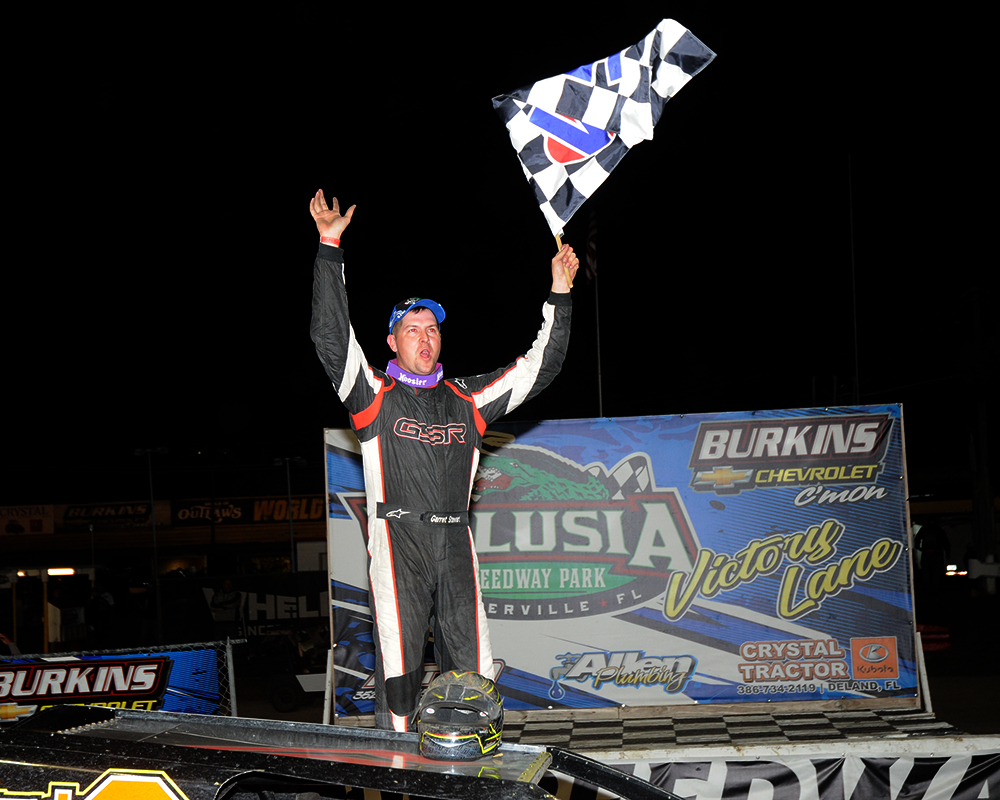 The 2021 Spring Fling was in full swing tonight. After a chilly Friday night of racing Saturday brought slightly warmer temperatures and some hot racing.

The night kicked off with a 604 Late Model Feature. Last night’s 602 winner Jackson Hise returned to try for a sweep of the weekend, but the night belonged to Donnie Chappell. Chappell started outside second row and quickly took the lead, never looking back. At times Chappell stretched as many as 10 car lengths on the field. The win sets the stage for the $5,000-to-win Bad Fast 50 on April 17th that will see the best of the best 604 Late Models competing for the cash!

The Thunder Stocks returned for a second consecutive night of racing in a $600-to-win shootout that drew in 24 starters. Alan Peacock lead flag-to-flag in a closely contested win. Dustin Turnage Jr.  challenged throughout the race, and a late charge by Jason Garver wasn’t be enough as Peacock held on for the win. In victory lane Peacock’s mother had the biggest smile as it was her first trip to Volusia to see her son race, and he didn’t disappoint.

In the DIRTcar UMP Modified Feature Garret Stewart started pole. His competitors are used to trying to hold off his charges through the pack, but giving chase is a whole different game. Clay Harris hung with Stewart early, and Buhr made a late charge, but in the end Stewart scored the win. Next stop for Stewart is next weekend at the Bristol Bash!

The final feature of the night was a 16-car field of ¾ Mods. Paul Shead took the lead on lap 2 holding off challenges from Patrick Vareika to take the win. Wade Olmsted rode the cushion from a tenth place starting position to a solid third challenging Vareika on the outside for second. 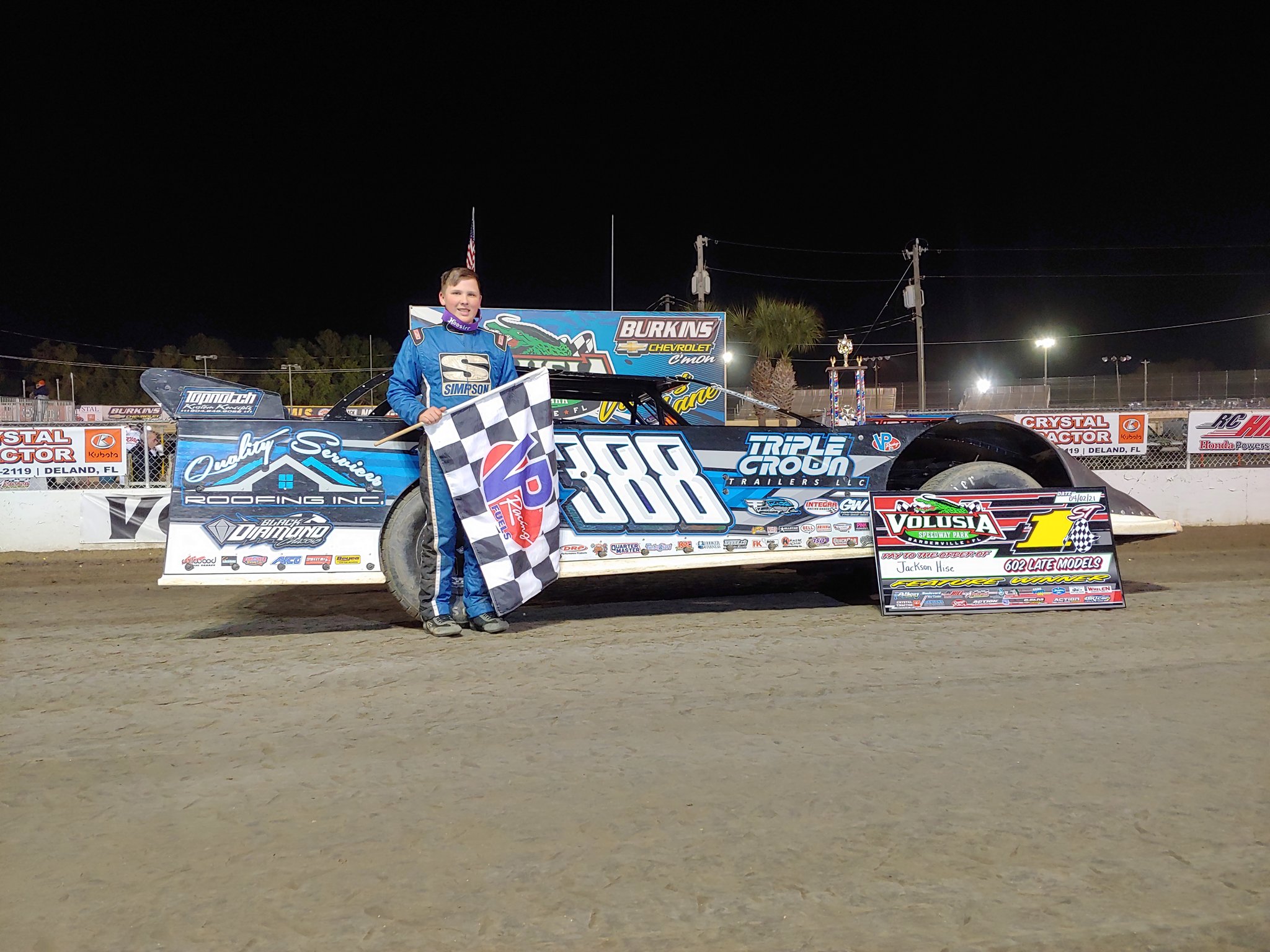 The 602 Late Models kicked the night off with a first-time winner. Jackson Hise had led several races at Volusia Speedway Park but had been plagued with car problems trying to get that first win. Tonight was his night as he led flag-to-flag, holding off challenges from Dustin Carter and last week’s winner Mikey Kopka to get the win. His friend Trey Mills joined him in victory lane to congratulate Hise, a truly great moment shared by these two future stars.

If the 602 Feature was about the youth of the sport, the Street Stocks was all about the veteran drivers. Tuck Trentham led the first sixteen of 20 laps, but a late charge by Rich Pratt and Thomas Hill set the stage for a great finish. Pratt used a restart and a good old fashioned threading of the needle to take the lead in the closing laps and score himself a victory. Trentham held on for second, and Chris Lawrance took home third.

Thunder Stocks brought out more veterans with last week’s winner Mike Tovet leading the early laps. Tovet surrendered the lead at the halfway point to Scotty Kay Jr., who went on to win. Kay hadn’t raced with us since the 2019 season but picked up speed as the night went on, and in the end, pulled away from the field. Tovet held on for second, and Peacock finished third. Bubba Roling, whose hauler was involved in an accident on the way to the track, arrived and unloaded just before the feature started, driving from 19th to 7th, an impressive run for no practice and a cold race car.

The Compact 4s ended the night with a four-car field taking the green flag. Cameron Kight led the early laps, but spun in turn two, allowing Todd Latour to t0 score back-to-back wins in the class.

The Spring Fling continues tomorrow as the 604 Late Models are slotted to run. They will be joined by the DIRTcar UMP Modifieds, Thunder Stocks, and ¾ Mods.