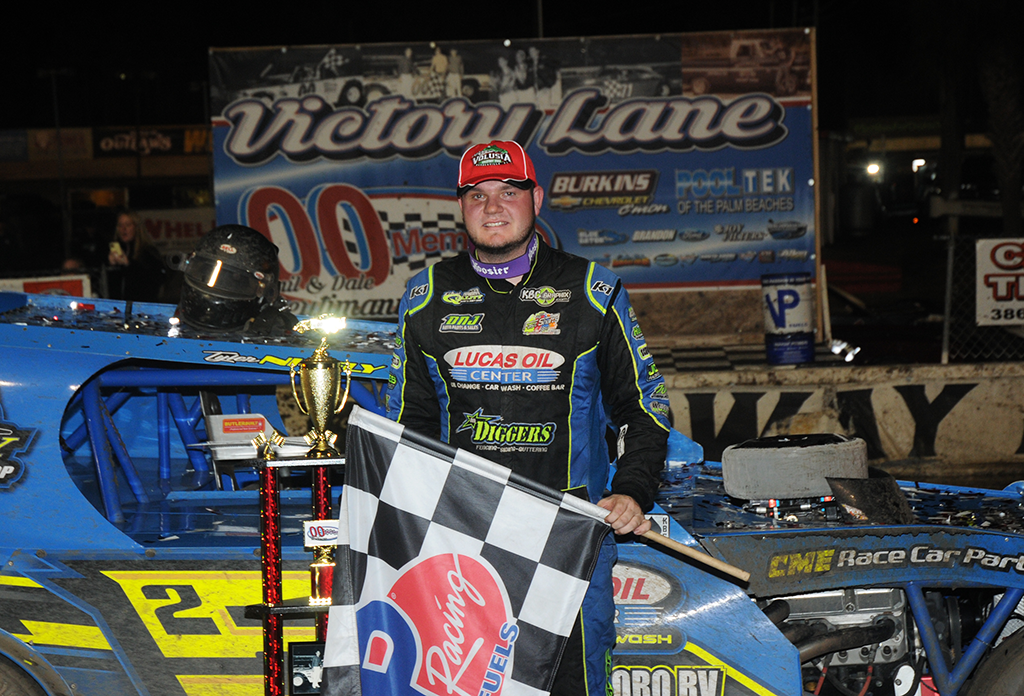 BARBERVILLE, FL – Nov. 21, 2020 – When Tyler Nicely and his team loaded up after their testing session earlier this week, he knew he had a car he could take to Volusia Speedway Park and contend for his first Reutimann Memorial Feature victory.

Not only did Nicely, of Owensboro, KY, and his new Longhorn by Loenbro Chassis score the victory in the 7th annual Emil & Dale Reutimann Memorial, he showed consistent strength in the new car throughout the weekend. Setting fast time and winning his Showdown Feature on Friday night set him up for a spot in the redraw on Saturday, where he took full advantage of his forward starting spot, leading 30 total laps en route to the $5,000 payday.

“I didn’t want to lose the race and I was going to do everything I could to win it,” Nicely said in Victory Lane. “I knew I just needed to get out in clean air and just dictate my own race. I knew we had a pretty good car early; I just knew I needed to make a smart move early to get to the lead.”

Starting from position #4 on the grid, Nicely showed speed right out of the gate, chasing down NASCAR standout Justin Allgaier, of Riverton, IL, and leader Devin Dixon, of Apollo Beach, FL, inside the first 10 laps. After an early caution, Nicely made the move around Allgaier for second and cracked the whip, gunning for leader Dixon’s rear bumper.

As Dixon worked his way around a slower car out of Turn 4 to complete Lap 21, he got a bit too wide out of the groove and the door opened for Nicely to his inside. Nicely threw it hard into Turn 1, slid up the track and took the lead away.

Dixon came back at him with a slide job of his own a few laps later, but the non-existent cushion up top threw him wide once again as Nicely drove back by. Dixon was able to grab the lead back briefly on Lap 27 after Nicely slipped high in Turn 2, but lost it again as Nicely threw a big slide job on he and Allgaier on a restart just one lap later.

Then came the opening Allgaier had been waiting for. Nicely slipped way high again in Turn 1 on Lap 35 as Allgaier jumped through the open door. Nicely recovered quickly though, throwing yet another slider for the lead as they came back around to Turn 1.

Allgaier’s presence out front seemed to spark a fire under Nicely’s seat. He dropped the hammer on the high side and never relinquished the lead again, fending off Allgaier and fellow Elite Chassis pilot Nick Hoffman’s surge for the front in the final laps.

Hoffman, the five-time DIRTcar Nationals UMP Modified champion at Volusia, took a shot at Allgaier with five-to-go for the runner-up spot, but was unable to hold the car down in Turn 1 and gave the spot right back as he washed-up the track.

“Justin had a way better racecar, so once he showed me a nose, I just let him go back by; the only shot for Elite Chassis to win tonight,” Hoffman said.

The Elite cars brought the heat after one final restart in the home stretch but couldn’t get a big enough run in either groove to threaten for the lead. Nicely was too fast on the top side and brought the field back around to the checkers to score his first career Reutimann Memorial victory.

“I kinda liked getting that caution with six to go, just because that took the lapped cars out of it; that’s how I got passed for the lead when we got into lapped traffic,” Nicely said.

Allgaier crossed the stripe in second – now his best career finish in the event. He was the only driver that kept it inside the podium for all 50 laps, despite his feelings on how the race began for him.

“In the beginning there, I struggled to get a line that really worked for me. Once we figured that out, I was able to make up some time,” Allgaier said.

Hoffman rounded out the podium in third, crossing by a slim margin over Justin Haley and Austin Holcombe. His newly-built Elite Chassis was quite the hot rod in the latter half of the race, but ultimately came up one spot shy of tying his personal best finish in the event (second, 2018).

“At the middle of the race, I kinda got my motor too hot and kinda cruised for a little bit; I wanted to cruise anyway. Once it was time to go, I was able to cool it down and really hustle,” Hoffman said. 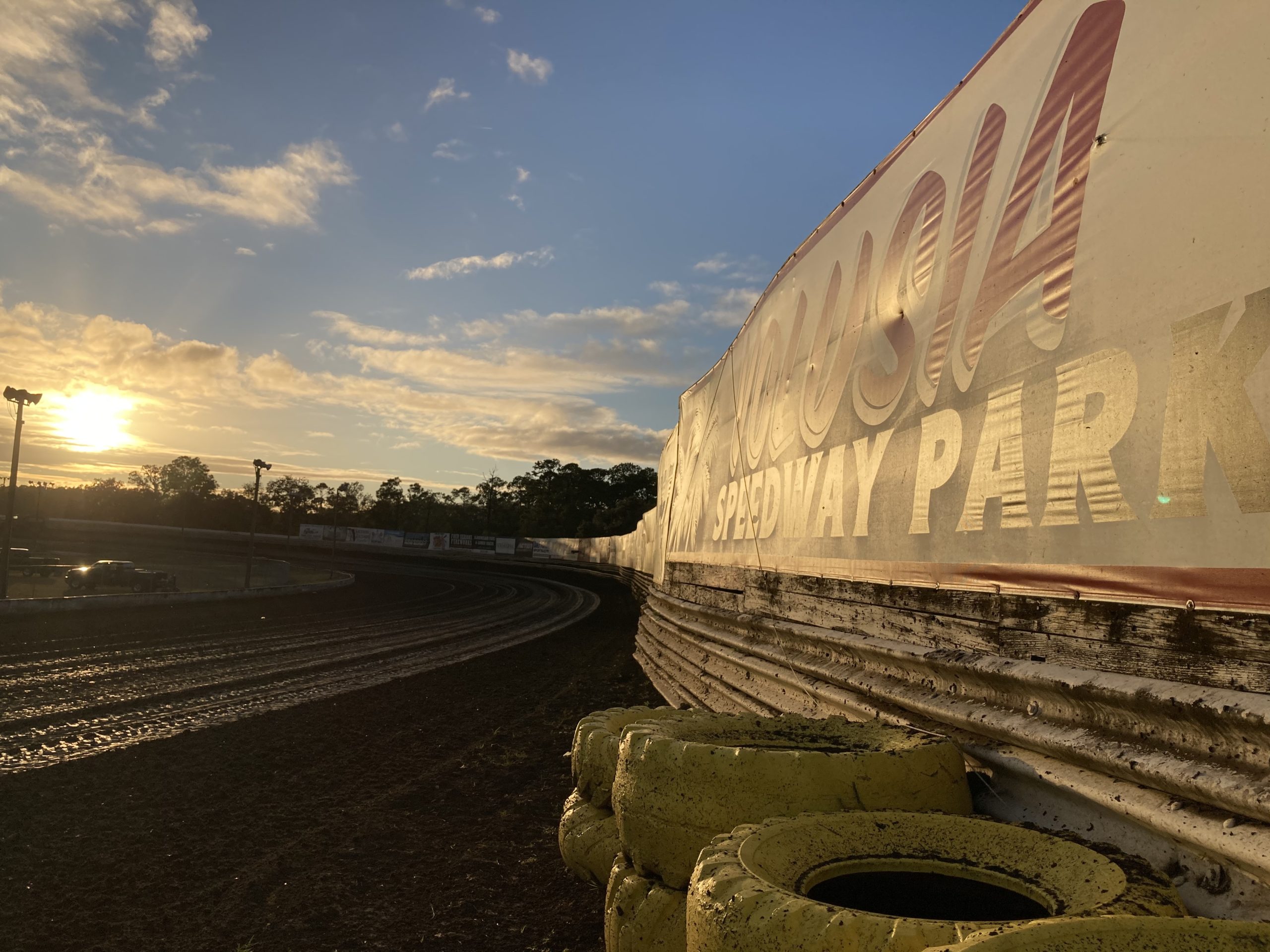