Each time, he found himself – the “Little Gator.”

However, there was another gator the NASCAR star was truly searching for. The golden gator; given only to those capable of winning during the historic DIRTcar Nationals event.

Allgaier had already claimed the unique trophy in 2016 with the DIRTcar UMP Modifieds – a prize he said he cherishes over every other trophy he’s collected.

What he didn’t have yet was the Big Gator trophy. That prestigious life-size idol is reserved only to those who master the points battle for the week or win the biggest UMP Modified race of the event – the Gator Championship Feature.

Modified champion Nick Hoffman was on a path to conquer both last year but a rare slip by the multi-time gator winner allowed Allaiger the opportunity to slide into the lead. Hoffman tried desperately to run down Allaiger – driving a chassis built by Hoffman – but the “Little Gator” used all his might to finally earn a Big Gator trophy.

“More than you’ll know,” Allgaier said. “Obviously, the NASCAR side (driving for recent NASCAR Hall of Fame Inductee Dale Earnhardt Jr.), I love what I do, and I have great sponsors over there. I love the NASCAR side of things but there is nothing like coming out in front of you (dirt) fans. Everybody is watching at home on DIRTVision. Just putting it all out there with 30 of the best drivers in the world. I truly mean that.” 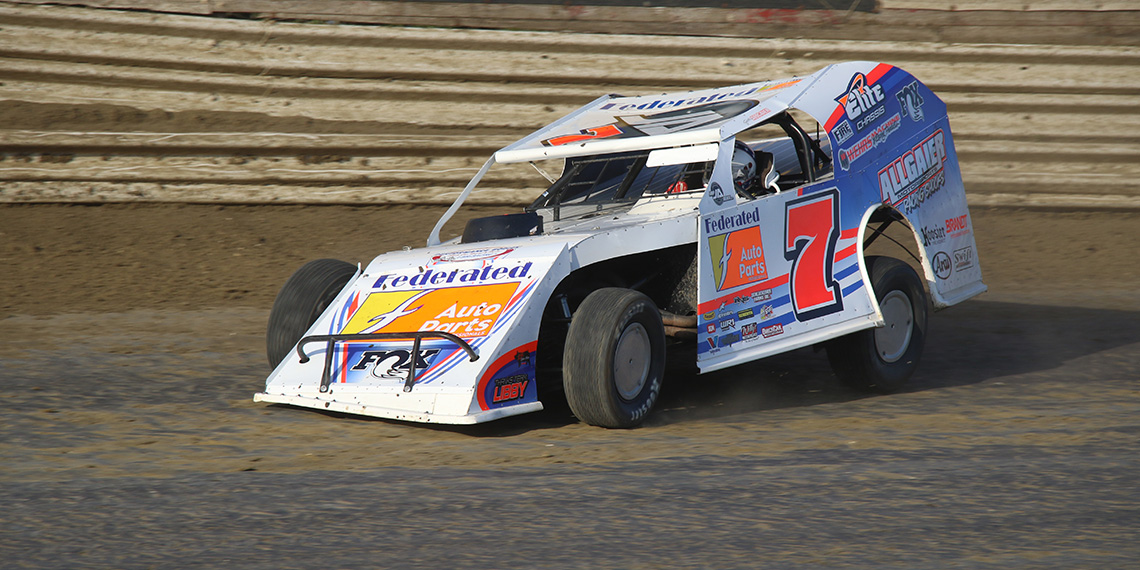 He’ll be back this year for the 51st edition of DIRTcar Nationals, Feb. 7-12, to hunt for both gators again. Participating in the event is a privilege he cherishes, having visited Volusia as a fan long before he started his racing career. Even before the track had dirt on it.

When he turned from fan to driver at the half-mile track, he started in a Late Model before moving to a DIRTcar UMP Modified. He credited his years in dirt racing as a key to his success, which includes 16 NASCAR Xfinity Series wins and the 2008 ARCA championship.

“This is an integral part of who I am as a racer,” Allgaier said. “It’s a huge part of who I am. It drives me to be a racer. I love what I do on Saturdays, and I love the NASCAR scene. It is so totally different than this. They’re both great in their own right. They’re so totally different. Dirt racing fans are incredible. They’re passionate. They love their sport. And rightly so, right? Whether it’s Late Model, Sprint Cars, Modifieds, just in general they love this sport so much. And it drives us. You put in hours. You put in time.”

And don’t think he finds dirt racing any less stressful than his NASCAR duties.

“I get more heartburn and sleepless nights coming here (to DIRTcar Nationals) than I’d like to admit,” Allgaier said. “You know, it’s so difficult to come down here. And so many things have to go right. But you look at guys like Nick (Hoffman) who come here year in and year out, they find their way to the box. They make no mistakes. They’re on their game. The amount of focus and discipline it takes to come here, when you have this many cars, it really is incredible to see the talent level here right now. It’s really amazing.

“I think a lot of NASCAR guys come back here because we truly believe it’s a huge test of our abilities. A test of the people around you. There’s just something different about it. This week is mentally draining. When you walk out of this place, you’re either pumped up and ready to come back next year or you’re so demoralized that you’re ready to come back next year so you can redeem yourself. It’s pretty awesome. It’s something that… yeah, there’s really no words that can describe it.”

If you venture to the gator pond this February, you may find the “Little Gator” again peering into its depths, searching. Always searching for a gator – green and gold.

If you can’t make it to the track, you can watch the two weeks of the event live on DIRTVision – either online or with the DIRTVision App. 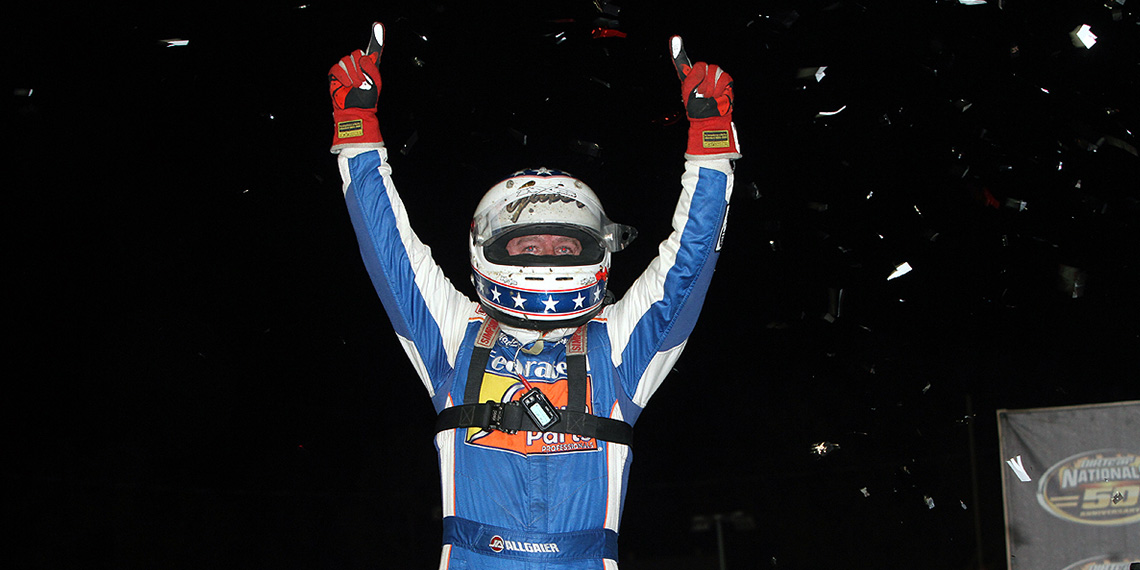