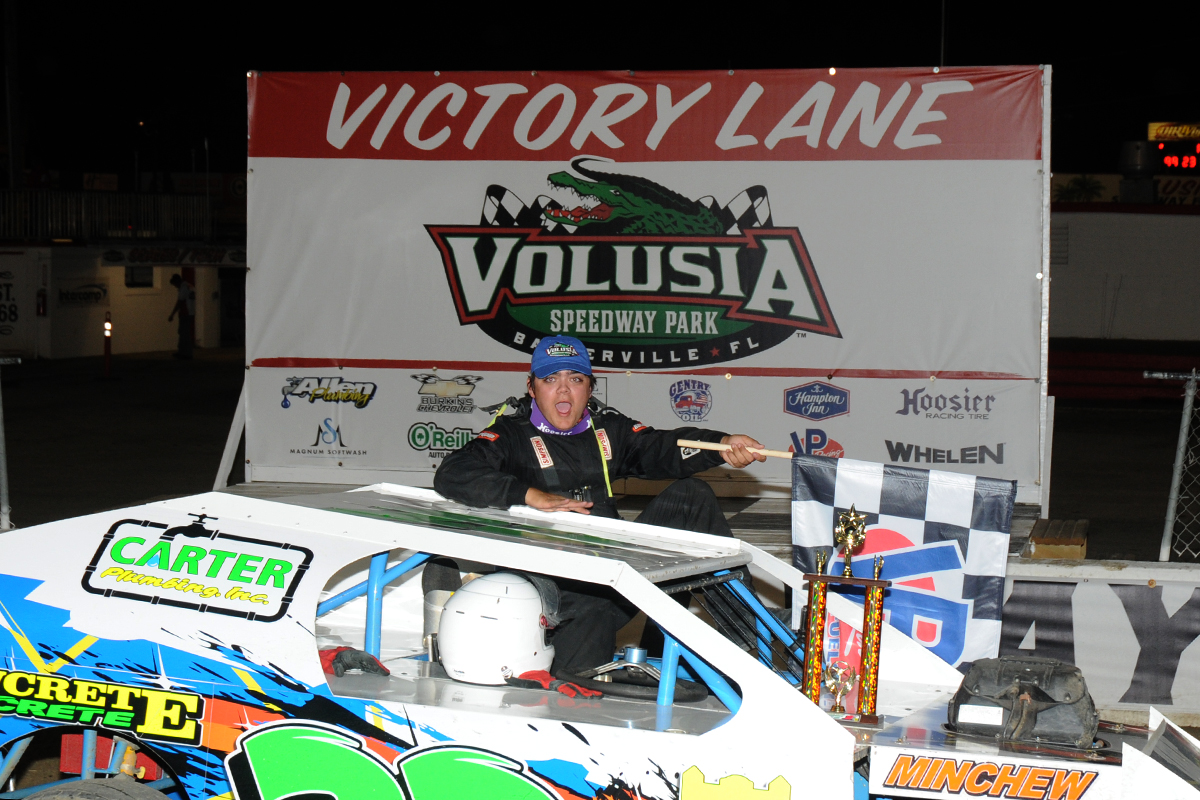 The 2022 season continues to pack on great racing, wholesome stories and clear championship favorites as the month of April wraps up racing.

The clear winner of having the biggest comeback was Wyatt Gainey in the 602 Late Models. The young stud was wrecked out early of his heat, having him start from the rear.

Once the features started, Gainey and his “Big Red” 8 car started picking off his opponents, making his way up to the top 5. He wasn’t satisfied though.

Cautions helped Gainey get closer to the leaders and made his way past the faster cars until he got to leader Jackson Hise with five to go. He slowly crept up on last week’s Work Force 25 winner and with one to go, he had a shot.

A high side move in turns 3 and 4 was all that was needed for Gainey to spoil the party for Hise, who had led all but one lap. The one he didn’t lead? The last one.

He wouldn’t be the only Gainey to visit victory lane tonight though. In the 604 Late Models, it began with chaos. The 03 of Morrie West flipped off turn 2 after making contact with the 131 of Matt Herlong. Thankfully, the driver was okay.

After the lengthy red flag to clean up the debris and tow the flipped 03, the feature was dominated by one man; Nevin Gainey.

The senior Gainey grabbed the lead from polesitter David Clegg and Brandon Wells early. The 17G showed its strength on the early portion of a run by launching like a Saturn V rocket while guys like Mikey Kopka, Wells, Joe Kump and Dustin Carter jostled around for positions inside the top 5.

Nevin Gainey took home the 604 win, and showed his emotion in victory lane. He was proud to have shared a moment like this with his son by being able to win on the same night Wyatt did. In contrast to last week’s feature, the ¾ modifieds provided clean racing throughout the 15 lap feature. Though, another familiar face returned to victory lane again. That was the 23 of Korbin Minchew.

The championship leader has now won three out of the four ¾ modifieds races this season. Minchew and his brother, Lawton, have given off a dynamic similar to Ricky Bobby and Cal Naughton Jr. in Talladega Nights, with Korbin Minchew winning and Lawton finishing second in tonight’s feature. The DIRTcar UMP Modifieds had some wild action with a finish that was a carbon copy of the 602 Late Models feature.

At the sound of the green flag waving, the man to set the pace was Dalton Lanich, who created a healthy gap from the field over the usual front running guys such as Eric Moon, Seth Geary, Dillon Buhr and Buzzie Reutimann.

It was all going Lanich’s way until a caution with two to go made the field bunch back up for a green-white-checkered finish. At the drop of the green, Seth Geary was all over Lanich’s back bumper until the last lap, where he made a banzai move by pulling a slide job in front of Lanich and winning the feature.

This marks the second win for Geary this season, and gives him the championship lead over Moon, and defending champion Garret Stewart. The Thunder Stocks, yet again, provided an excellent show with a unfamiliar face in victory lane.

When it came down to the wire, it was all Tovet and Byrd battling it out for the feature win. Byrd showed his late race pace was fast and strong. However, Tovet’s defending skills were stronger. At the wave of the checkered, it was the 1SHOT machine of Mark Tovet taking the Thunder Stock feature win. There will be a week off in racing next Saturday, but the next race at the World’s Fastest Half Mile will be the Racer’s Memorial on May 7th. Gates will open at 4:00, with Hot Laps at 6:00. Can’t make it? Watch all the action live on DIRTVision. We’ll see you in two weeks!