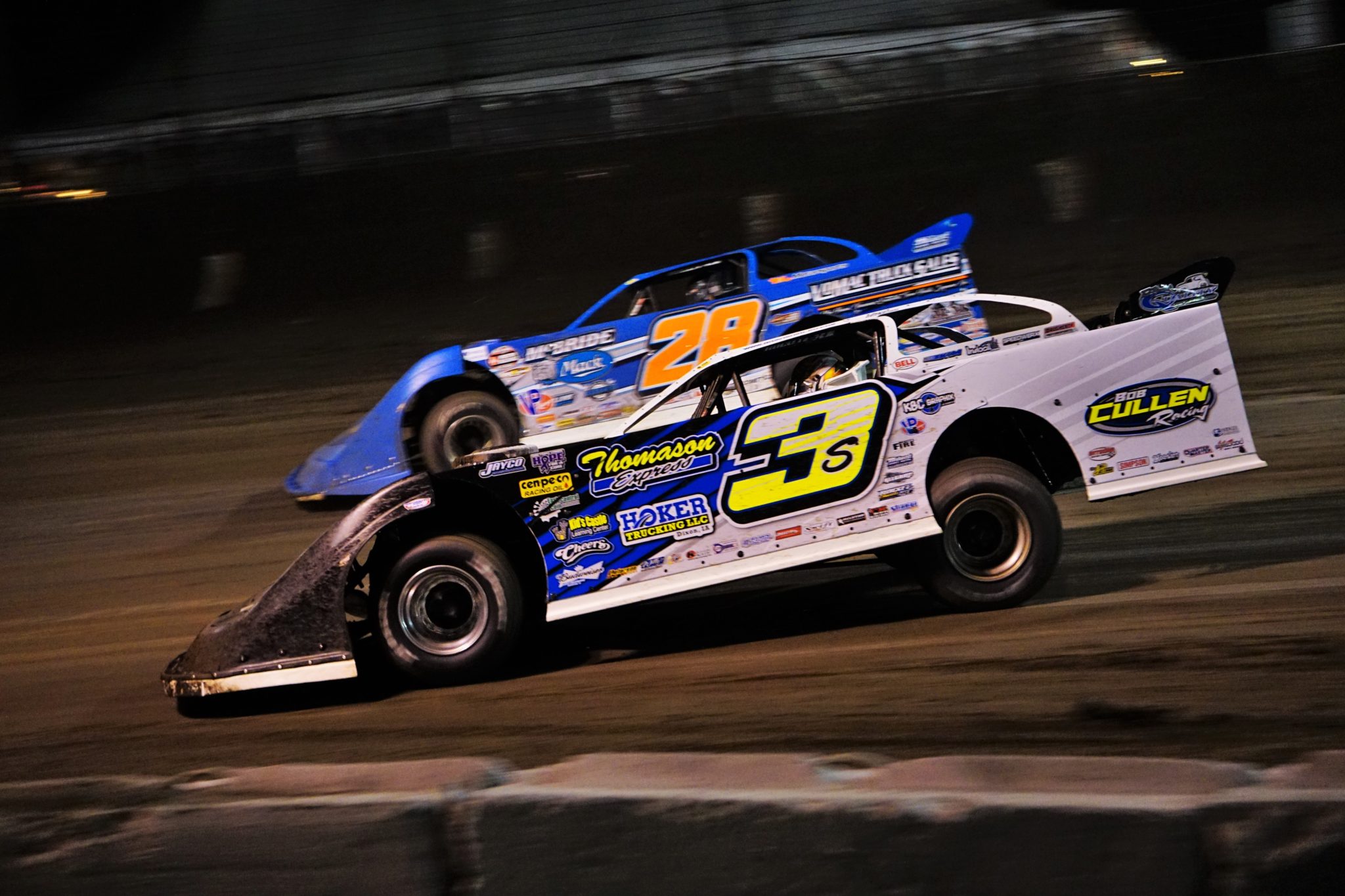 Late Models have long been part of the action at Volusia Speedway Park, and will continue to play a large role in 2021 when the 50th anniversary of DIRTcar Nationals takes center stage from February 2-13.

It all started in 1968 when Benny Corbin bought the property and opened “Barberville Speedway” as a quarter-mile oval. Over the years, several transformations saw the track converted to a 3/8th-mile track, then half-mile, and even paved at one time for NASCAR competition.

Since switching to the current half-mile configuration, the Barberville, FL destination has truly become a national phenomenon known for high-speed and high-action. It’s that intensity which will be fully on display when the DIRTcar UMP Late Models (Feb. 8-9) and World of Outlaws Morton Buildings Late Model Series (Feb. 10-13) headline six straight nights alongside the Super DIRTcar Series to close out DIRTcar Nationals.

Before The Most Powerful Late Models on the Planet were revived in 2004, Volusia welcomed a handful of different sanctioning bodies to carry the late model load at DIRTcar Nationals.

In the 1980’s, the Stars Late Model Series led the way with icons like Larry Moore, Jeff Purvis, Freddy Smith, Larry Phillips, and more, nabbing victories. Another noteworthy winner came in 1985 when a young 27-year-old buck from Batesville, AR strolled into Volusia victory lane. His name was Billy Moyer; He would become the winningest late model driver in DIRTcar Nationals history with 15 W’s to his credit.

The Northern All Stars, ALMS, and Hav-A-Tampa came into play during the 1990’s and ushered in the next generation. Eventual legends such as Rick Eckert, Chub Frank, Jimmy Mars, Dale McDowell, Earl Pearson Jr., and more, topped features. In 1994, Scott Bloomquist took a big bite out of Volusia with back-to-back triumphs. A telling sign for Black Sunshine’s success in Barberville, who is a winner of 12 different DIRTcar Nationals races.

A new millennium began in 2000 and it became all about the DIRTcar UMP Late Models. Moyer and Bloomquist kept on winning, while others like Don O’Neal, Tim McCreadie, and Josh Richards hit their marks.

In 2004, the World of Outlaws Late Models restarted and instantly made an impact. A set of four winners in four nights kickstarted the Outlaws/Volusia relationship, which is now the most visited track in Series history.

A pair of DIRTcar triumphs and an additional World of Outlaws win in 2005 made Tim McCreadie the first man to collect three wins in a single Late Model week. In 2008, Moyer did it himself. At that point, the records were only beginning.

Shane Clanton took it a step further in 2015, sweeping the weekend by winning all three World of Outlaws Late Model shows at the half-mile and walking away with the glorious Big Gator championship. There’s no topping that, right? Think again.

In 2019, Brandon Sheppard did the unthinkable and brought a family of FIVE gators back to New Berlin, IL. The Rocket1 Racing driver swept all four World of Outlaws Late Model features, cashing in on four little gators to go along with his first-career Big Gator.

B-Shepp won his sixth consecutive Volusia race with the Outlaws to open last year’s DIRTcar Nationals, but from there the whole show was The O-Show with Jimmy Owens going back-to-back-to-back to end the week.

Since 2005, no man has tamed more DIRTcar Nationals titles than Josh Richards, who has used unrivaled consistency and ten victories to lay claim to four crowns. Moyer has three in his own right, while Sheppard and Clanton each have a pair.

Since the trophy switch in 2012, only six men have won the big golden gator:

It hasn’t just been the veterans at Volusia, as eight first-time winners have also tasted their first bite of World of Outlaws Late Model glory at the DIRTcar Nationals.

In less than 50 days, we’ll write the next chapter in the milestone 50th year of DIRTcar Nationals. Late Model Week (Feb. 8-13) will be highlighted by two nights of the DIRTcar UMP Late Models on Monday-Tuesday, followed by a Wednesday-Saturday slate full of World of Outlaws Morton Buildings Late Models.