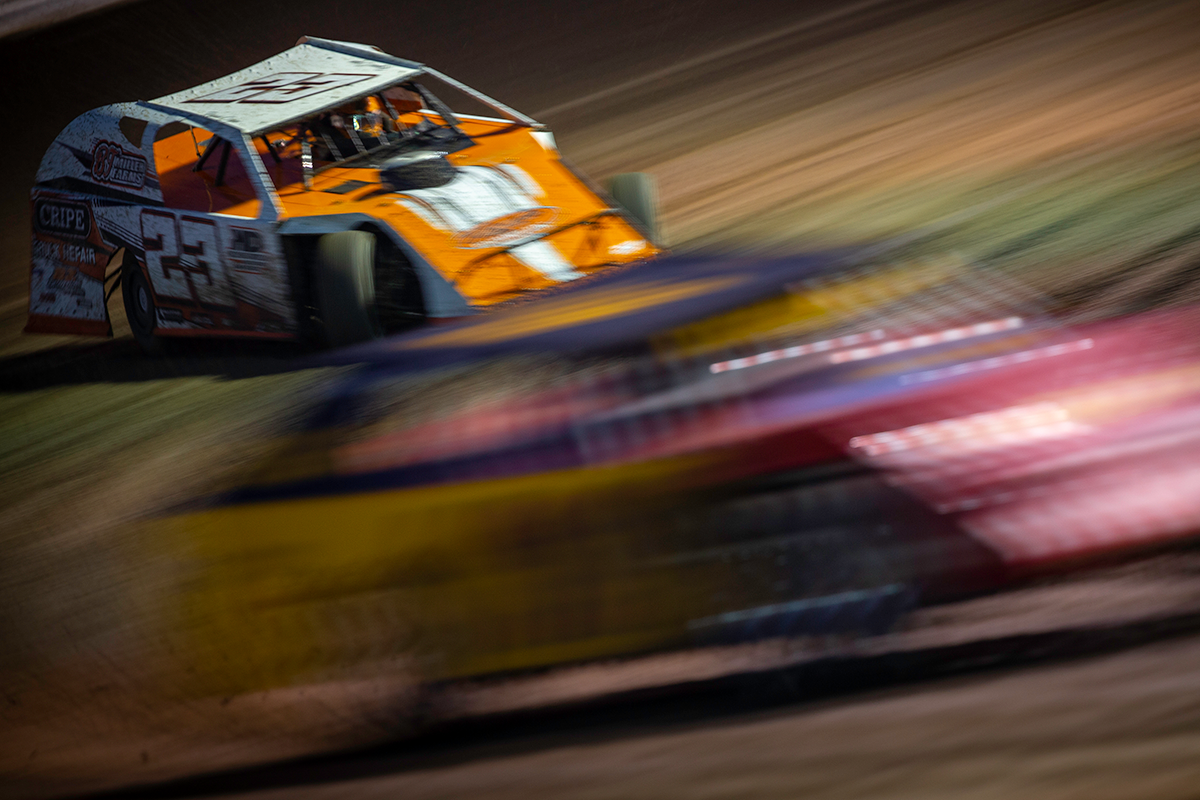 New stars Hoffman, Nicely set to battle with veterans Wallace, Stremme and others

Jan. 6, 2021 – The DIRTcar UMP Modifieds have long been known as the “Ironmen” of the DIRTcar Nationals.

For the past several years of the iconic Florida event, they’ve competed the first seven nights alongside the World of Outlaws NOS Energy Drink Sprint Car Series and World of Outlaws Morton Buildings Late Model Series.

When the stout field rolls into Volusia Speedway Park Feb. 2-8 to commemorate the 50th anniversary of the event, one hand will point to the division’s future stars while the other reaches back on the history books. Some of the division’s most exciting points chases and storylines have been produced over the past 15 years, featuring a slew of instantly recognizable names.

The 2007 DIRTcar Nationals was headlined with the success of one young Canadian, who ushered in a new level of dominance not previously seen in DIRTcar Nationals UMP Modified history. Twenty-three-year-old Steve Arpin, of Fort Frances, ON, brought his Larry Shaw Race Cars #00 into the facility and made his mark on history, winning an incredible five consecutive Features in seven nights to earn his first DIRTcar Nationals championship. It seemed as though Arpin would hold this record forever, until one man sparked a legacy of his own the following year.

When Arpin was seriously injured at Volusia in February 2008, the door swung open for another driver to step up to the plate. Jared Landers, of Batesville, AR, won two Features that year, setting him up for a memorable run in 2009 where he won five non-consecutive Features over seven nights of racing, tying Arpin’s record and crowning him DIRTcar Nationals champion for the first time in his career.

The next four years didn’t see quite the level of dominance brought on by Arpin and Landers but was made up for with a diverse group of Feature winners and champions.

Bowyer won three Features on his way to a Golden Eagle in 2011, paving the way for fellow Richard Childress Racing teammates Ty and Austin Dillon’s three newly styled Big Gator championship trophies, collected from 2012-2015. The brothers won a combined 12 DIRTcar Nationals Features over that period, missing out on only the 2013 points championship to another NASCAR legend, Kenny Schrader.

While Austin hoisted his first Big Gator in 2015 with Ty finishing just 10 points behind in third, one driver stood between them in the points that year.

Belleville, IL-born Nick Hoffman, now residing in Mooresville, NC, has since been the one man to beat when it comes to the UMP Modifieds at the DIRTcar Nationals. He and his blue/orange Elite Chassis #2 have been tearing up Volusia in February for the past five years, winning 13 Features and five consecutive Big Gator trophies from 2016-2020.

Armed with his second consecutive DIRTcar Summit Racing Equipment Modified Nationals championship and DIRTcar UMP Modified national championship honors that 2020 brought him, 2021 is looking brighter than ever for the reigning Big Gator champion to repeat at Volusia.

Of course, several big-name contenders in the division will be gunning for their right to hoist the Big Gator trophy as well, including former NASCAR stars David Stremme, Kenny Wallace and 2020 Reutimann Memorial winner Tyler Nicely.

Tickets for the 50th annual DIRTcar Nationals at Volusia Speedway Park, Feb. 2-13, are on sale now at DIRTcarNationals.com. If you can’t make it to the track, be sure to tune into DIRTVision to watch all the action live from the comfort of your home!