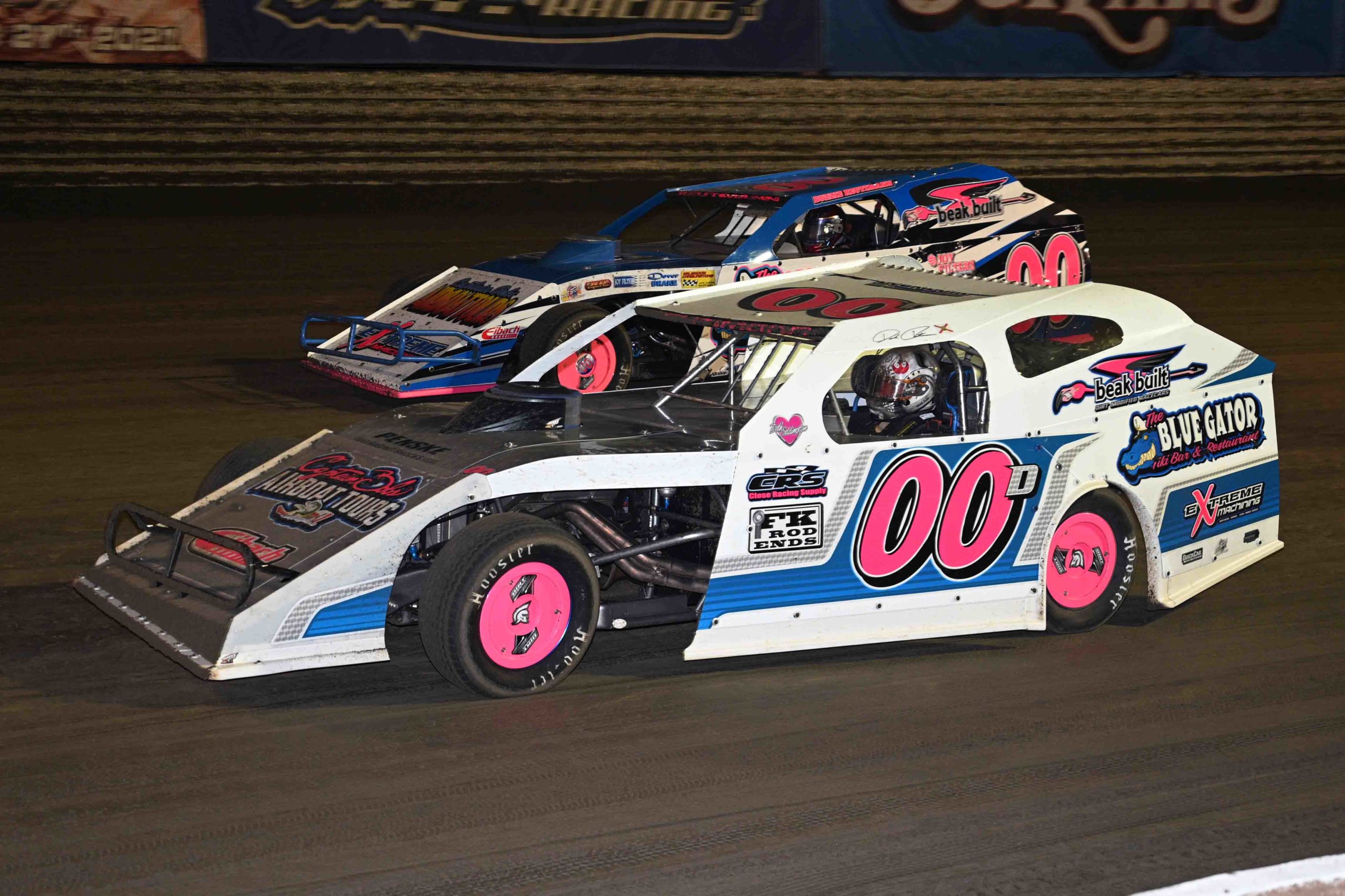 BARBERVILLE, FL – The biggest DIRTcar UMP Modified brawl on the fall calendar is finally here. The eighth annual Emil & Dale Reutimann Memorial race boasts a bigger $7,000-to-win purse this year, and the stars will be out to come and chase it.

Thursday night kicks things off with a practice session for all divisions. Hot Lap/Qualifying and Showdown Features for the UMP Modifieds highlight Friday’s program alongside a full show for 602 Late Models and Thunder Stocks. Modified Last Chance Showdowns and the 50-lap Feature are on-tap for Saturday, while DIRTcar Pro (604) Late Models and Street Stocks support the show.

Driver pre-registration is still open at the link below, but will be closed on Wednesday evening. Upon arrival, teams are reminded that all upper pit parking spaces have been booked, but plenty of room is still available around the Gator Pond.

All tickets will be sold at the gate on race day – $20 for single-day admission, $30 for both days. Kids 12-and-under are free. If you can’t be at the track, watch every lap of Friday and Saturday live with a FAST PASS subscription to DIRTVision presented by Drydene.

TRACTOR HUNTING – The champ is here, and gunning for the gold. Or, in this case, the farm tractor trophy.

Defending DIRTcar UMP Modified national champion Nick Hoffman, of Mooresville, NC, just clinched his third consecutive DIRTcar national championship after another dominating season that saw him capture 26 Feature wins in 49 starts. In February, Hoffman also clinched a sixth consecutive DIRTcar Nationals Big Gator trophy as champion of the UMP Modified division – the most by any one driver in the event’s 50-year history.

However, there is one trophy he’s never hoisted in the Sunshine State. Hoffman will take his Elite Chassis #2 southbound one final time this year in search of his first win in the event, one year after coming up two spots short of victory in the Saturday finale.

HOME TURF – Over the last two seasons as a UMP Modified regular at Volusia, Garret Stewart has lost a total of four points Features.

The 2020 & 2021 track champion from Leesburg, FL, has since become the local favorite and will lead the charge into the Reutimann Memorial on the back of seven Feature wins in ten regular season starts at the track in 2021. Volusia underwent a resurfacing at the beginning of the year, which 100+ UMP Modified drivers raced on at the 50th DIRTcar Nationals in February. Stewart has now been racing on the new dirt all season, and says those laps on it are going to pay off come Saturday.

“I think we’ve actually gained on our car when it’s not so slick,” Stewart said. “So, I actually do think this year we have a little bit of help on our side just being on the race track seven or eight times throughout the year.”

FRIENDS IN SOUTHERN PLACES – It’s been another successful year behind the wheel for Matoaca, VA-driver Chris Arnold, who locked-up his first regional UMP Modified championship last weekend with the Southeast Dirt Modified Series. This weekend, he’ll have an extra resource on hand with him in the pit area – his car builder, David Reutimann.

Reutimann is the owner, founder and builder of Beak Built Chassis, which Arnold has been piloting for the past few seasons. David and father Buzzie, 80, of Zephyrhills, FL, will both be on the roster for the event – which David won in 2015 and 2016, when the event was held at East Bay Raceway Park.

NO MORE MR. NICE GUY – Tyler Nicely entered the Reutimann Memorial and came to Volusia last year, driving a brand-new Longhorn by Loenbro, with one goal in mind. Win.

When the weekend was over, he had done just that, defeating Hoffman and NASCAR star Justin Allgaier for his first career tractor trophy. This year, his goal is exactly the same – win in a brand-new car, in preparation for Florida in February.

“We’ve got a whole year under our belt and we ran solid during Speedweeks,” Nicely said. “I’m excited to get back. We’ll have a new car, and the car I started running at the end of the year. We’ll practice on both Thursday night, see which one I feel like I’ve got the best shot at and hopefully bring another one of them tractor trophies back to Owensboro.”

Wallace, of Arnold, MO, made his Reutimann Memorial debut last year and had a strong run in Saturday’s finale, driving all the way from 21st to finish 10th. He’ll be back on the roster for another try at the coveted farm tractor trophy and a $7,000 check this weekend.