Tyler Clem had more than a straight away lead and half the field lapped with three laps to go, yet nerves still twitched throughout his body.

With more laps than expected due to cautions, his calculations were running thin.

“I was kind of freaking out, I thought we were going to lose that one,” Clem said.

Keeping faith, he kept his foot in the throttle until he parked his car in Victory Lane at Volusia Speedway Park Friday night as the inaugural Battle in Barberville 360 Sprint Car winner.

“This is very, very neat,” Clem said. “I’m glad to be here in December racing Sprint Cars in Florida. We don’t get a lot of 360 stuff down here other than Speedweeks. Obviously, thank you to everyone who put this on. It’s a big win to close out the year.”

The inaugural event opened with an unexpected story.

Brandon Grubaugh came to the event to help crew on Robbie Smith’s car. But, when Smith felt too ill to race, Grubaugh – the 2022 Top Gun Sprint Car Series champion – was asked to climb behind the wheel of the #6S car.

He’d never raced a 360 Sprint Car before, but you would’ve never guessed. He set Quick Time, winning the $100 award from Allen Plumbing, and set a new track record with his lap of 14.909 sec. Then, he went on to win his Heat Race and continued to set blistering laps, running a 14.745 sec. lap.

“I went dressed from being a crew guy to a driver,” Grubaugh said. “I went out for Hot Laps and found there was a bolt loose on the Jacob’s Ladder. I said, ‘I don’t know if it’s me or the car.’ They found something, I went out there and just tried to hold it to the wood.” 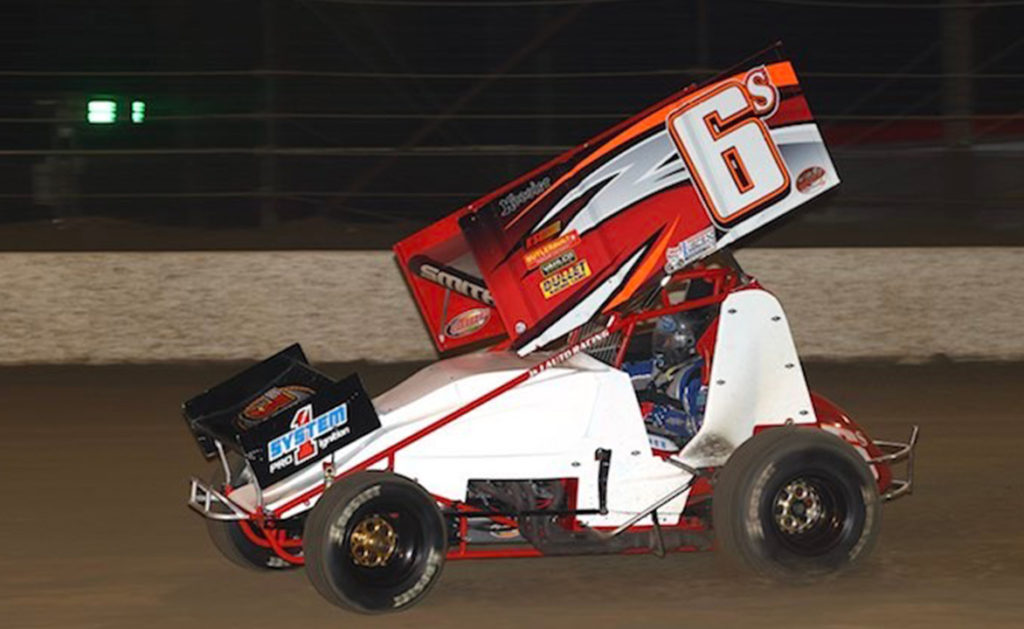 When the 25-lap Feature commenced, Clem took a lap to prove he was a rocket against bullets. By Lap 5, he had a straightaway lead over Martin.

Ruel, who was running third, brought out the first caution when he slowed on track with trail of smoke from his car.

When the race resumed, Clem, again, launched ahead of the field. Four more cautions hindered the flow of the race and hindered Clem’s control over his nerves, knowing his limited fuel situation.

However, with no pressure from behind, Clem sliced his way through traffic and claimed the Battle in Barberville victory. Martin finished second and Maddox came from fifth to third. Darren Orth won the Allen Plumbing Hard Charger Award after charging from 17th to ninth.

Martin ran second the whole night and said due to the high-speed nature of the track there wasn’t much else he thinks he could have done to challenge Clem – other than maybe have his newer motor. However, he still left with positive notes for January’s Germfree Southern Sprint Car Shootout with the United Sprint Car Shootout.

By winning the Battle in Barberville, Clem has locked himself into the $5,000-to-win Germfree Southern Sprint Car Shootout 360 Sprint Car Feature. It’ll be the first USCS race at Volusia in 18 years.

“That’s a big deal,” Clem said. “You never know what can happen in Qualifying… It’s a cool deal we’re getting to do this.”

UP NEXT: The Battle in Barberville continues at Volusia Speedway Park Saturday, Dec. 3, with 604 Late Models, DIRTcar UMP Modifieds, and 3/4 Modifieds. Tickets are available at the gate.

If you can’t make it to the track, you can watch all the action live on DIRTVision – either at DIRTVision.com or by downloading the DIRTVision App. 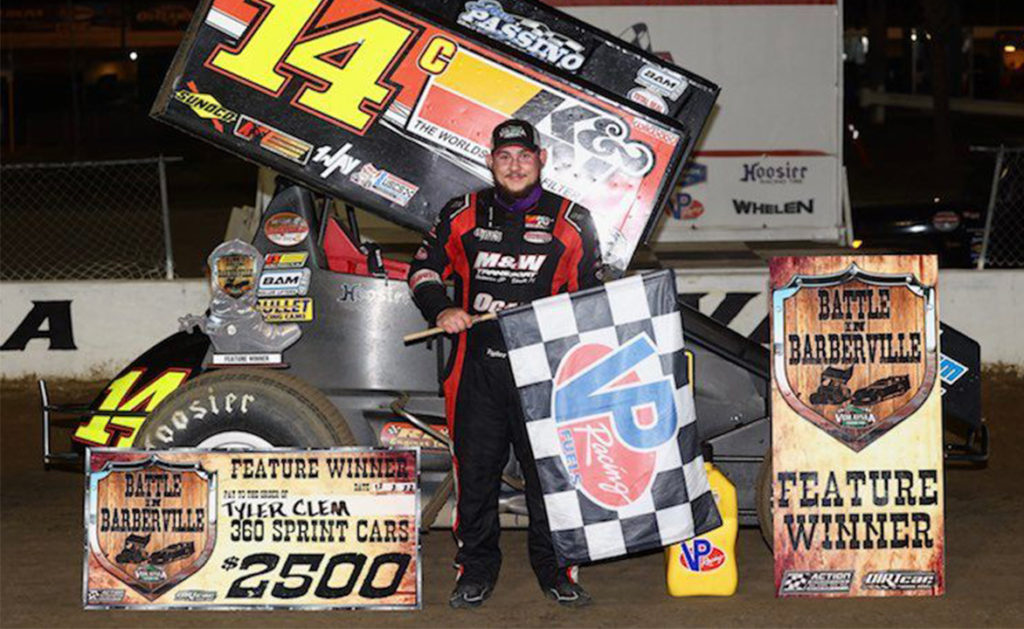