Event Description
The World of Outlaws Late Model season will again kick off in the sunshine state again with DIRTcar Pro (604) and 602 Late Models — a true Late Model Palooza — before the historic DIRTcar Nationals!

COMPETITOR GUIDE FOR 602 and 604 LATE MODELS

RECORD BREAKER: Night One of Sunshine Nationals Includes Fast-Action With A Spice of History Making

The Thursday edition of the 2023 Sunshine Nationals produced the fastest cars to ever make laps competitively at The World’s Fastest Half Mile.

With a combined 30 laps of racing from two 602 Late Model features ran tonight, Michael Courtney and Jensen Ford would come out on top as the Thursday night Sunshine Nationals winners.

The first 602 Late Model feature of the night was all Michael Courtney of Powell, TN, sailing away from the field en route to his first Sunshine Nationals victory.

“I’ve never been to Volusia before, and this car was awesome from the get-go,” Courtney said. “We were fast in practice, and fast enough to go pole in qualifying. We had to tune the car a little bit but not too much. All around, the car was awesome tonight.”

The Danny Yoder Motorsports #19 was blistering fast, with Courtney setting the fastest lap of the feature with a 17.994 second lap time.

“This track is so fast,” Courtney said. “You can’t use much of the brake, so you never lift. You have to get your car turned enough and free enough where you can do so. The car was really good to where I could exit off a turn at any part with good momentum. I tried different lines and I could do it all. Tonight’s results gives us good feelings going into the weekend.” 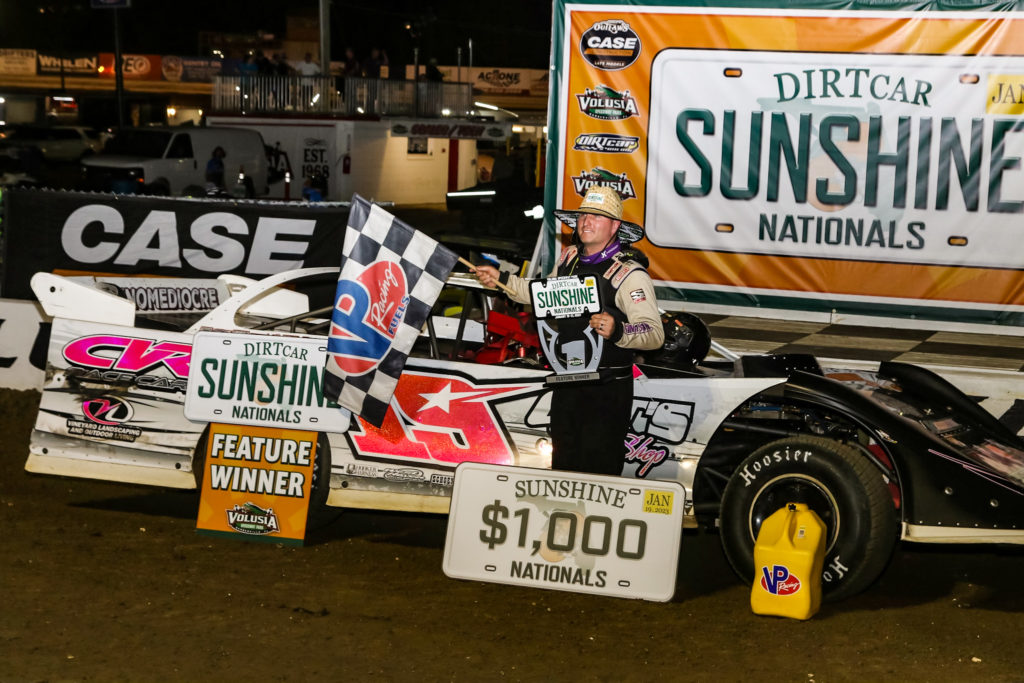 Courtney finished ahead of Jackson Hise, who consistently ran in second place in the 15-lap feature.

Joe Belkey, Mavrick Davidson, and Austin Leamon rounded out the top five in the Feature.

The second 602 Late Model feature would be a dominating performance by Jensen Ford, who led all 15 laps of the race after starting from the pole position.

“That was actually the first laps I made in the car,” Ford said. “I was sick last night on the trip down, and it was the first lap I have ever made around this place. We had a good car, the crew worked their butt off to get this ready, and we had a good setup under us.”

Similar to Courtney, Ford also described that he enjoys big, fast tracks, and Volusia suited his style and found his groove quickly to earn the win.

“These big tracks really suit my driving style,” Ford said. “It’s all about staying straight and making momentum off the corners. We worked hard to get our ducks in a row to go execute, and it all worked out.” 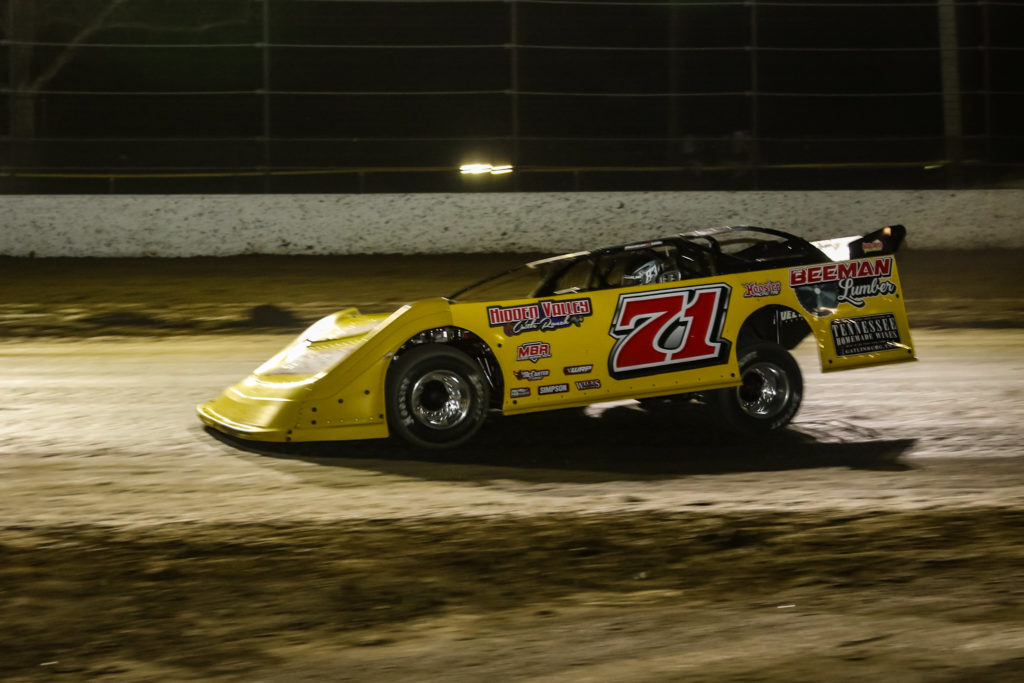 The #71 was “Built Ford Tough”, as second-place finisher David Showers Jr kept Ford on his toes throughout the Feature, keeping the competition close.

The 602 Late Models will return to action on Friday, Jan. 20, for night two of Sunshine Nationals at Volusia Speedway Park. For Tickets: CLICK HERE.

If you can’t make it to the track, watch all the action live on DIRTVision – either online on with the DIRTVision App.