FIRST NIGHT FUN: Opening Night Proves That 2022 Is Not The Same

If anything about tonight’s Opening Night Special at Volusia showed anything, it’s that nothing is over until it’s actually over, and that there are going to be some wide open championship battles throughout the season. Every winning driver had to grind each lap, and it surely made the night a great one to watch.

Hands down, the driver of the night was one, Joe Belkey. He not only won the 602 Late Model feature, but the Thunder Stock feature as well. He had to battle with Donnie Chappell in the early stages until his night was done due to a mechanical failure. From that point on, he was able to have a smooth ride the rest of the way en route to the win. In the Thunder Stocks, it was an uphill climb as he started dead last in the feature. Battling with defending champion Shaun Daugharty & Justin Reynolds, Belkey made his presence known. Not only that, tonight’s performance showed that it will not be surprising if he’s in the hunt for a championship in November.

In the 3/4 Modifieds, it almost became an endurance race as there were multiple cautions in the first few laps. After the final caution on lap 5 went green to checkered, it became a battle between brothers as Korbin & Lawton Minchew battled for the win. Defending champion, Wade Olmsted, made his way through the field. He would only to finish second to the eventual winner, Korbin Minchew.

The 604 Late Models was the Joe Kump Show, leading every lap of the night. Even though he commanded the field doesn’t mean there weren’t challenges to his lead. The defining two drivers in the battle for the win was Jeff Choquette and Donnie Chappell, with them both faltering at the end.

Finally, the DIRTcar UMP Modifieds showed that this could be the year a driver can tip Garret Stewart off the top step as champion. Seth Geary led all but one lap, while the rest of the field were jostling all around for position and space. Hunter Gustafson stayed on Geary’s trail throughout the race, while Stewart finished third to him in a close finish. Many drivers battled to try and earn a podium spot, or even top 5. In the end, it was Eric Moon and 80 year-old Buzzie Reutimann who took the remaining spots to secure a top 5 finish.

Volusia Speedway Park’s next race is the Spring Fling next Saturday on April 2nd. Gates will open at 4:00, and will be broadcasted live on DIRTVision. We’ll see you then! Below are photos by Dave Shank. We hope you enjoy! 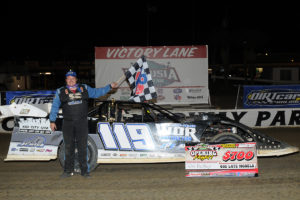 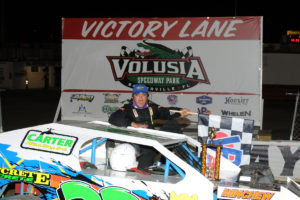 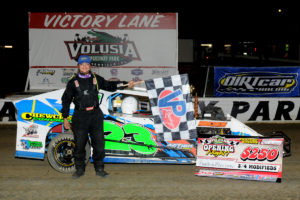 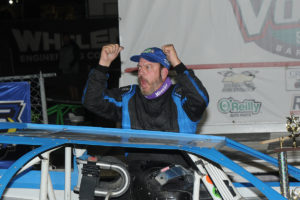 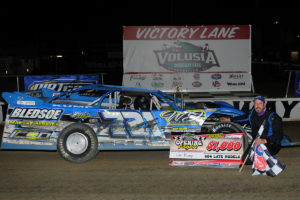 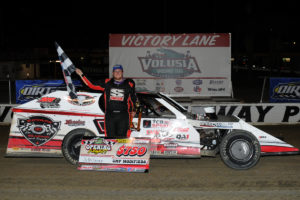 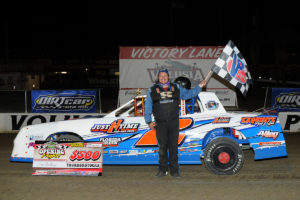