One start, one win. Not a bad record at Volusia Speedway Park for one of DIRTcar UMP Modified racing’s newest breakout racers, Ethan Dotson.

After breaking an 11-year-old track record in Qualifying Friday night, Dotson continued his display of speed into Saturday night, taking the lead five laps into the 50-lap Feature and driving the rest of the way unchallenged to secure the $7,000 check and his first career Emil & Dale Reutimann Memorial Feature win.

Dotson, the 23-year-old Longhorn Chassis house car driver from Bakersfield, CA, credited his crew and leaders for the efforts they put in to prepare and assist throughout his first race weekend at the historic half-mile oval.

“We got lucky on practice night,” Dotson said. “We tweaked on stuff and made it really good. I’ve got a lot of good help – [lead engineer] Kevin Rumley, all the guys back at the shop that I can call and ask questions to. That all helps a bunch.”

“I had [team owner] Steve [Arpin] here this weekend helping, and it just makes my job super easy whenever I’ve got people like that to be able to watch the car and help me whenever I make a mistake.”

Coming from fourth on the starting grid, Dotson made his way to second behind early race leader Brandon Kinzer in three laps. After crossing the line to complete Lap 4, Dotson threw a big slide job on Kinzer into Turn 1 and made it stick, taking the lead away for good. It was then he hit the boost and drove away from the field, opening-up an advantage of over two seconds before the race’s second caution on Lap 12. 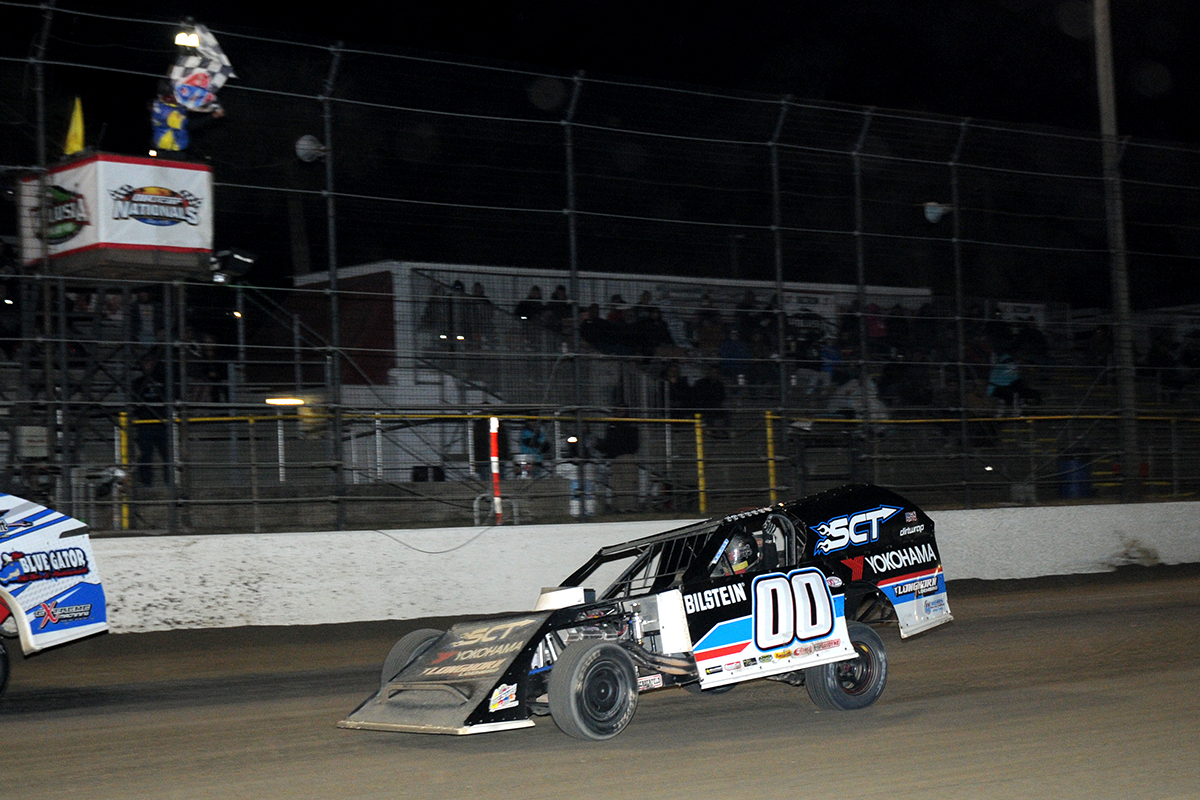 From that point forward, Dotson began opening advantages of over four, five or even six full seconds in a small handful of laps after each proceeding restart, quickly distancing himself from the rest of the field.

Not once did Dotson let any of his competitors even come close to catching him throughout the night. The field went green on the final restart with 15-to-go, and by the time Dotson passed under the checkered flag, he was already sifting through lapped traffic again – 4.5 seconds ahead of runner-up Ashton Winger.

“I just wish Hoffman was here, and Strickler and some other guys,” Dotson said. “It’d be cooler to beat those guys here. They’ve run so many laps here.”

Chasing Dotson the hardest was Winger, making his UMP Modified debut in the Jeff Mathews Motorsports No. 33W. The young Super Late Model pilot from Senoia, GA, started on the front row but had to work his way back into a podium spot in the early going.

He slipped back to fifth at one point but made the most of a restart on Lap 15, shooting up the running order to second with a move down low on Chris Arnold to snag the spot and defending it the rest of the way home to lock-up $3,000 in prize money.

“When [Arnold] picked the top, it put me on the top, and then I got to third,” Winger said. “We set our race car up to run the middle-to-bottom, and the racetrack just allowed that top to be there the whole time.

“When you could enter on that top, I definitely think I just had to overdrive and would make a couple more mistakes. That’s a little bit how Chris [Arnold] got by me – I kinda got lost in the racetrack and made a couple mistakes.” 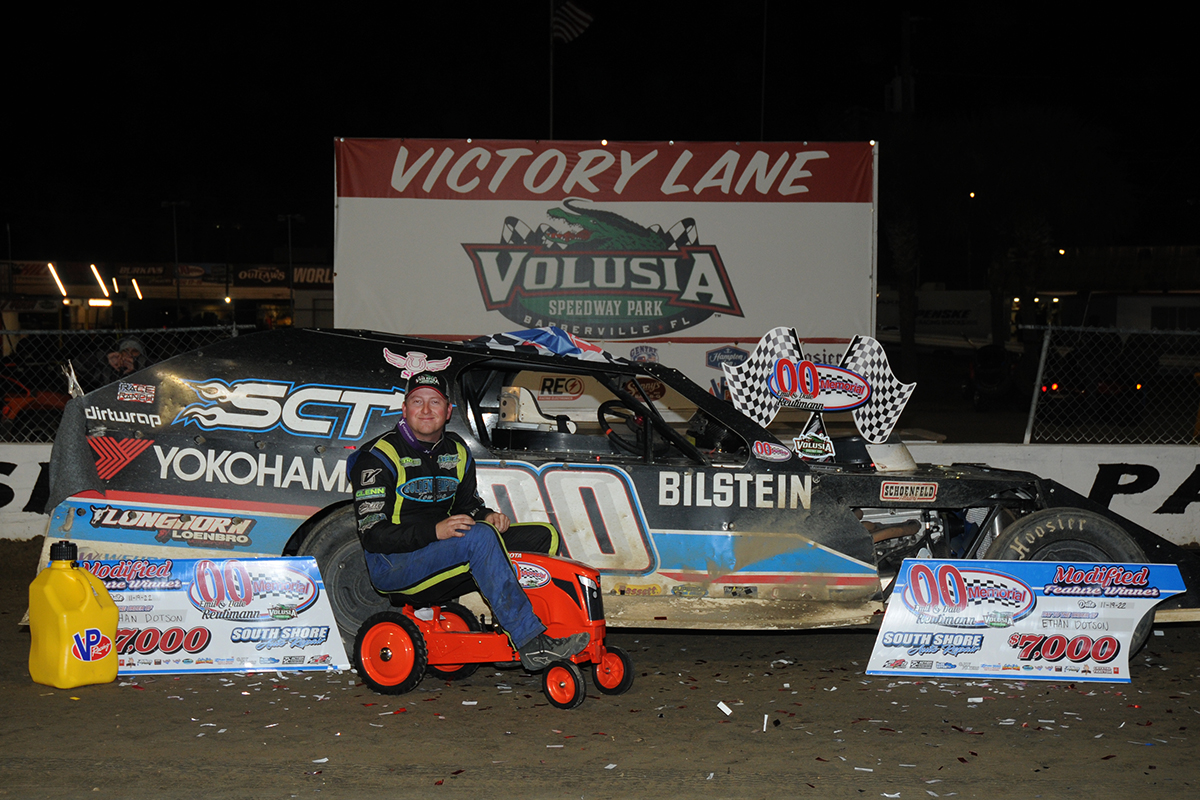 Arnold came home with the final podium spot after chasing down Winger for the entire second half of the race. It’s a new personal-best finish for the driver from Matoaca, VA, topping his previous best of fourth last year.

“I think I probably had a second-place car; I was kinda running Ashton down at the end,” Arnold said. “Overall, I’m happy. Fourth last year and third this year, it’s only got to go forward from here.”