After 40 days of racing being absent at the World’s Fastest Half Mile, the action that went down at the Blazing Guns 25 was worth it in the end. Big paydays and major surprises made August 6th at Volusia an unforgettable one.

Kicking off the night was the co-headliner to the Blazing Guns 25 night, the 604 Late Models. At the start, the 29S of Cameron Saunders controlled the early portion of the night. After leading steadily, a caution between David Clegg and Brandon Wells opened up the door for new drivers to steal the lead. The man to take the lead from Saunders would be one, Nevin Gainey. 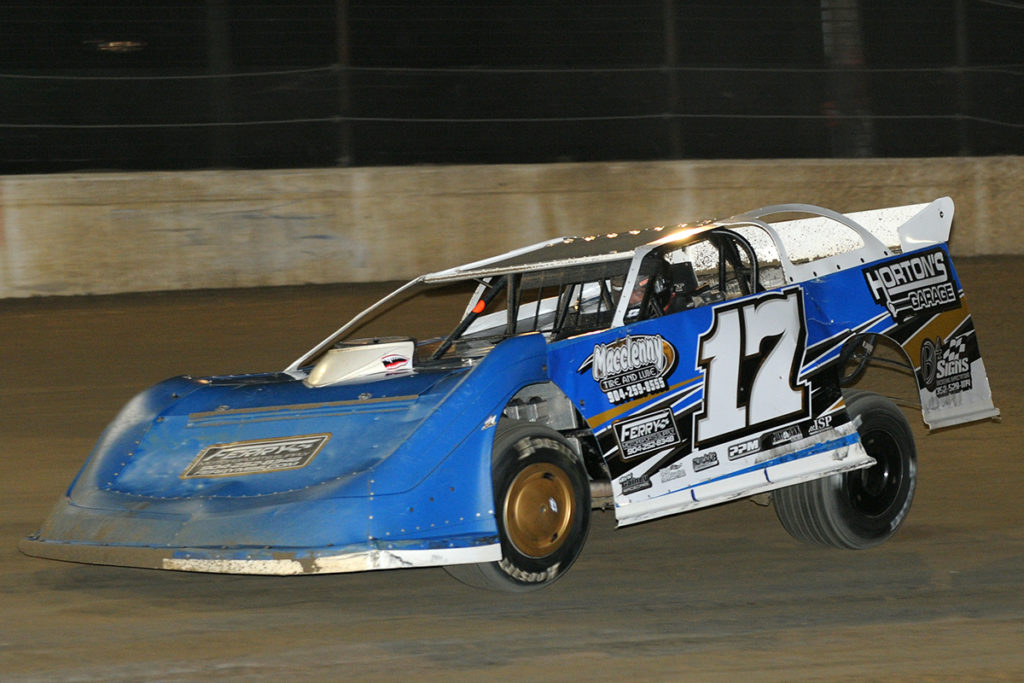 The Ft. White native would go on to lead the rest of the 25 lap feature without any challenge from behind. This was Gainey’s second win of the season, with a $2,000 check to take home as well. 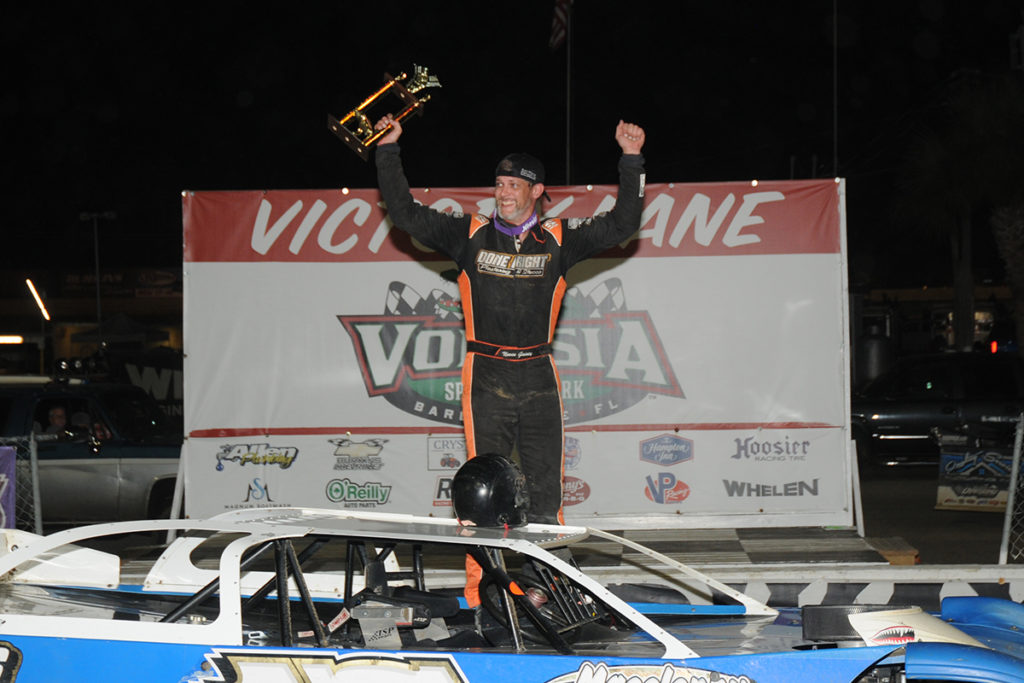 After rain canceled the July 16th Summer Sizzler, the Top Gun Sprint Cars returned to the World’s Fastest Half Mile to try again at having a full show. Luckily, the sprint cars got what they wanted; a smooth track and fast times. For the competition throughout the 25 laps, every driver was trying to catch Danny Martin Jr. one again.

Martin did not miss a beat at all since the Top Gun Series last ran in May. Martin swept the night in May, and did so once again at the Blazing Guns 25. Every time he got out in clean air and the lead, nobody was able to touch him. Top Gun will return to Volusia one last time on September 17th at the Fall Classic. 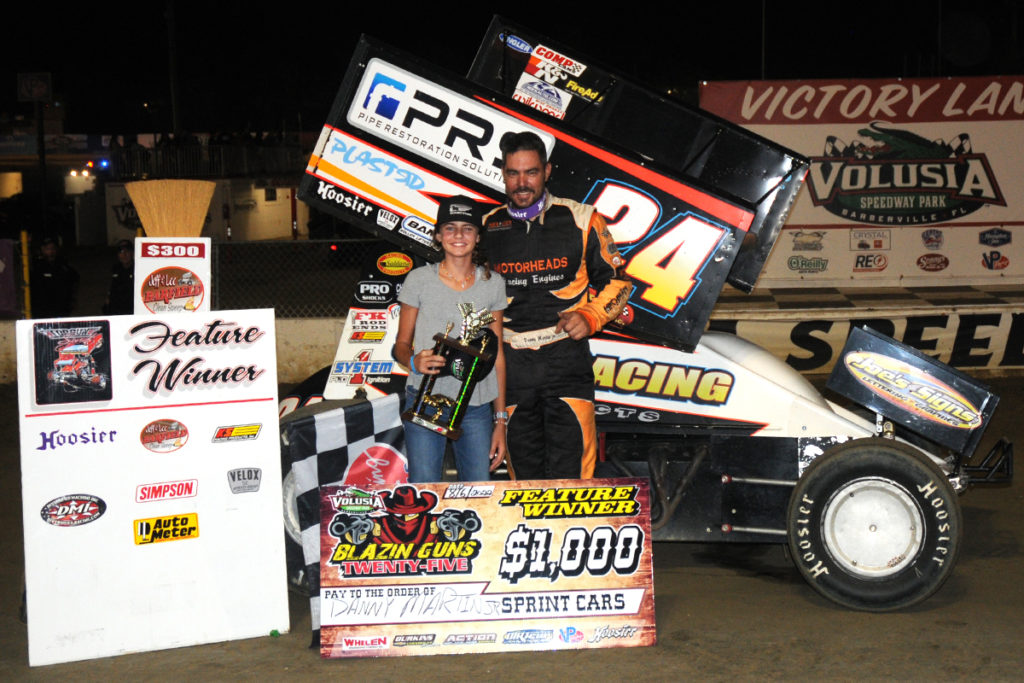 If you ask anyone what the race of the night was, it is safe to say that the DIRTcar UMP Modifieds provided the action and hype worth waiting two months for.

The once championship favorite, Garret Stewart has traded in his Modified for a 604 Late Model. This change means that the points spread adds five cars into a shot at winning the championship. For a few of them, their hunt began well on Saturday night.

Throughout the feature, Jason Garver looked to be the one to dominate and take home a trophy. That was until a mechanical failure made his car slow roll to a stop at the frontstretch with five laps to go.

At that point, the flood gates opened for drivers looking for their first win of their 2022 campaign. Enter, Buzzie Reutimann.

The 81 year old Reutimann inherited the lead and had to hold off a hard charging Dillon Buhr and Joshua Kunstbeck to earn a hard fought win.

Cinderella’s glass slipper fit Reutimann that night, sending the crowd cheering loud and proud. The victory lane celebration was like no other. Many of the Reutimann crew, family and even Buzzie were all shedding a few tears with how this win came to fruition for the driver of the 00.

To add a cherry on top, Reutimann now leads the DIRTcar UMP Modifieds points standings. The biggest lesson to learn from the UMP Modifieds this weekend; Age Is Only A Number. 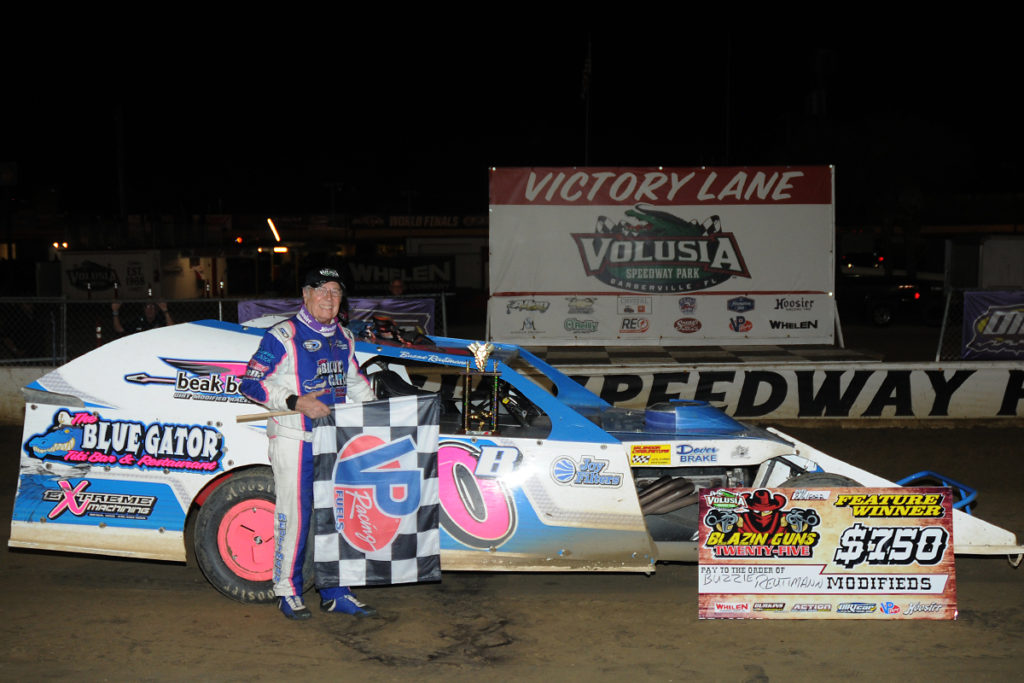 The ¾ Modifieds was once again another night of Minchew domination. Korbin Minchew led all 15 laps en route to his fourth win of the season. Shockingly, this is his first win since April 23rd. Minchew was noticeably more energetic with this victory and may have just breathed new life into the most dominant car of the first half of 2022. 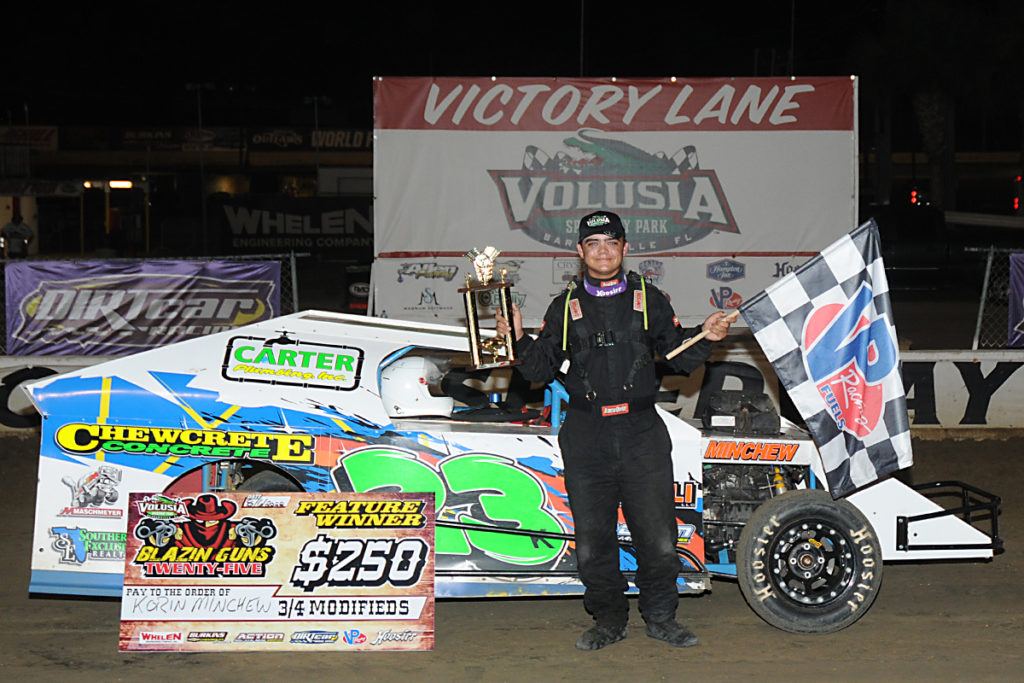 Lastly, the Street Stocks was another masterclass by Joe Belkey. The 119 machine was on rails throughout the 20 lap feature with few challenges from the likes of Jason Garver and Donnie Ashford. This would be Belkey’s first win in a Street Stock this year. 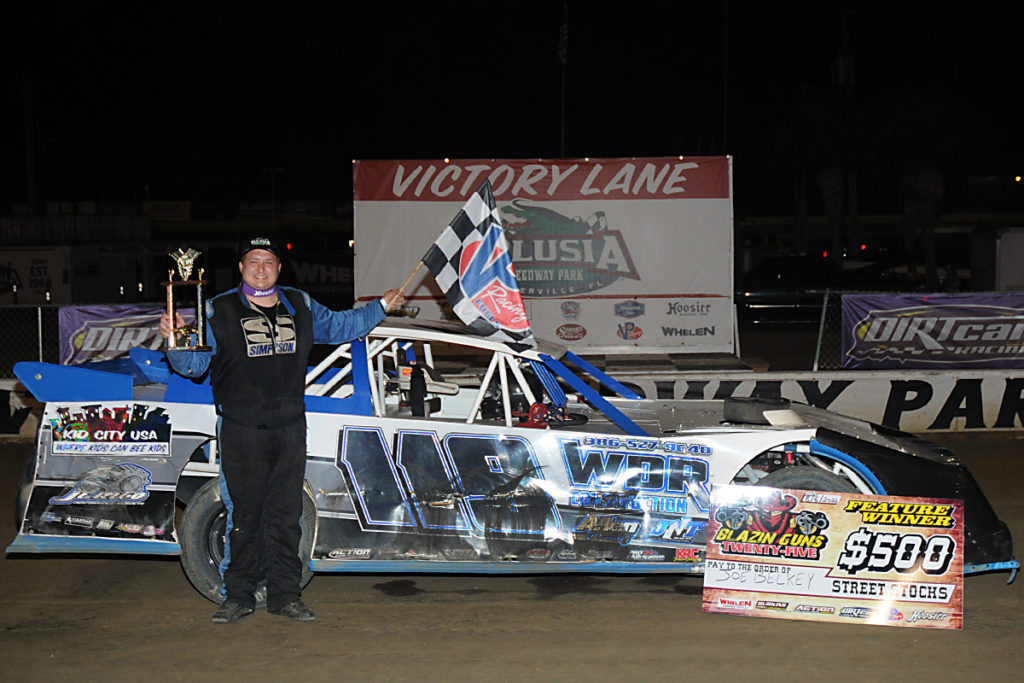 The next race at the World’s Fastest Half Mile will be the Short Track Showdown on August 20th. It will feature a 602 Late Models, DIRTcar UMP Modifieds, ¾ Modifieds, Thunder Stocks and will include a $3,000 to win for the 604 Late Models. Tickets start at $12 with kids 12 and under receiving free admission. Gates will open at 4:00PM, with Hot Laps at 6:00PM. For more information on the next race and other events held at the track, visit volusiaspeedwaypark.com