The ninth annual Emil & Dale Reutimann Memorial was one for the record books. From track records to first-time winners, the World’s Fastest Half Mile produced a special weekend.

After an exciting 50 lap DIRTcar UMP Modified Feature, the 604 Late Models took to the track for their own thrilling 20 lap venture.

The Action Graphix #5 of Dustin Carter grabbed the lead early, but was challenged by the #17 of Richard Ferry and #74 of Jason Garver in the opening laps. However, he was able to hold off all challenges to the end.

Garver, from Starke, FL, came close to winning multiple Feature races throughout this 2022 season and the pieces finally fit for him to earn his first win at Volusia in the 2020 decade.

“In the beginning, I didn’t know how it was going to shake out,” Garver said. “We kinda fell back at first and really fought back for this one. I figured out the line as the race progressed and snuck up there to get the win.”

Garret Stewart, who was involved in a wreck with 2022 track champion Joe Kump on Lap 3, was the hard charger of the race. Stewart battled his way through the 21-car field to finish a close second to Garver.

“The last couple of times we’ve been here, it’s either wet or rookie mistakes with the car,” Stewart said. “I loved that we went after the Modifieds because the track was blackened up so we had lots of grip on the car. I wish we had gotten the win, but you gotta sniff the front before you get there.”

Keep an eye on the #67 of the Fruitland Park, FL native, who is best known for his five straight DIRTcar UMP Modifieds Championships at the World’s Fastest Half Mile. 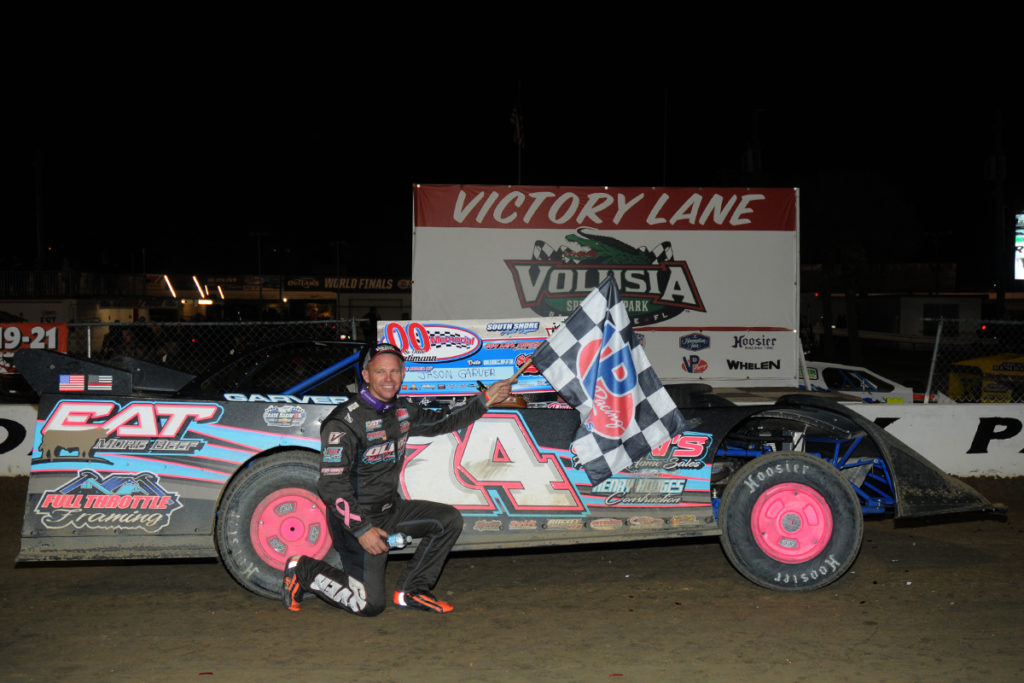 Starting from the pole position, the #7 car commanded the field throughout the 15-lap feature, leading every single lap.

Olmstead, a DeLand, FL native, had a “dream come true” on Saturday night.

“I was out there all 15 laps just thinking that my arms would hold up since these cars have no power steering,” Olmstead said with a chuckle. “I mean, the track was great, I’m speechless, I can’t believe it. I wanted to get this my whole life, and I finally did it.”

Trailing behind Olmstead were the Minchew brothers of Lawton and 2022 track champion Korbin Minchew respectively. Timmy Hogan and Dustin Peterson rounded out the top five. 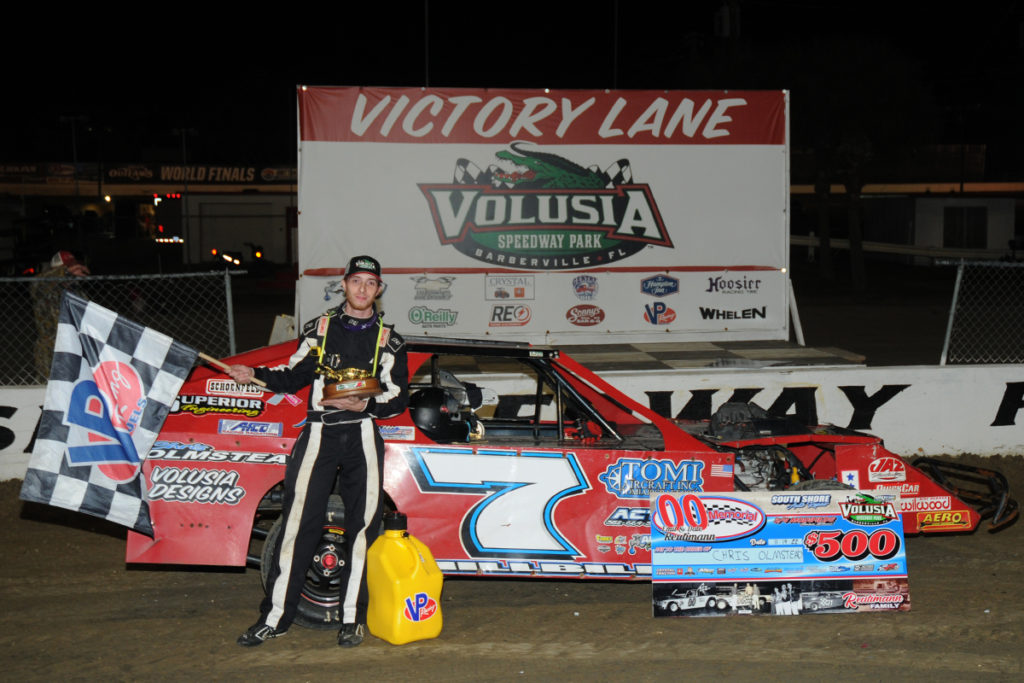 The next race at the World’s Fastest Half Mile will be the Battle in Barberville, Dec. 1 to the 3. It will feature 360 Sprint Cars, 604 Late Models, DIRTcar UMP Modifieds and 602 Late Models. For more information on the next race and other events held at the track, visit VolusiaSpeedwayPark.com