DOMINATION: The First Night of Racing at the Reutimann Memorial Came Full of Excitement and Mic-Drop Performances

Nineteen 602 Late Models made the trip out to The World’s Fastest Half Mile to battle for 20 laps – the winner receiving $1,000.

The driver that controlled the entire feature from start-to-finish was the #91 Colton Blair Racing machine of Jamie Green.

From start-to-finish, the Middleburg, FL-native led every lap of the Feature. Though his lead was challenged by few contenders, no one was able to get a chance to steal Green’s win.

“The track got a little bit greasy, my car was actually pushing real bad, but we got it figured out with the brakes,” Green said. “As the tires were warming up, the car was just getting better and better. Overall, it was a great night, the weather was great, and it was tons of fun out there.”

This is Green’s second win this year, giving him good vibrations going into December’s Battle in Barberville event, Dec. 1-3. 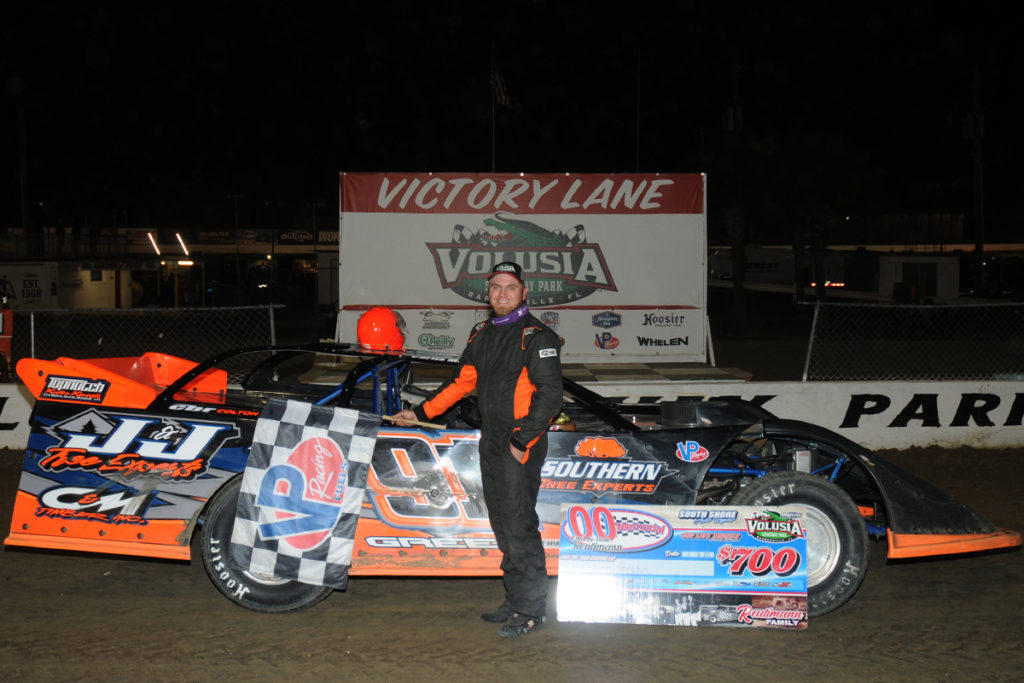 Another case of pure dominance was showcased in the Street Stocks. The #10 of Rich Pratt started on the pole and flew away from the field, winning Friday’s feature by over 10 seconds.

Pratt, from Anthony, FL, made his first start this season in a Street Stock, leaving an unforgettable memory with he and the crew.

“It’s just a great night, a great racetrack for me and my team, and the car was great and drove really good through the night,” Pratt said. “We did everything we needed to do, and that’s a testament to the people around us, this team, and all the work that’s been put into tonight.” 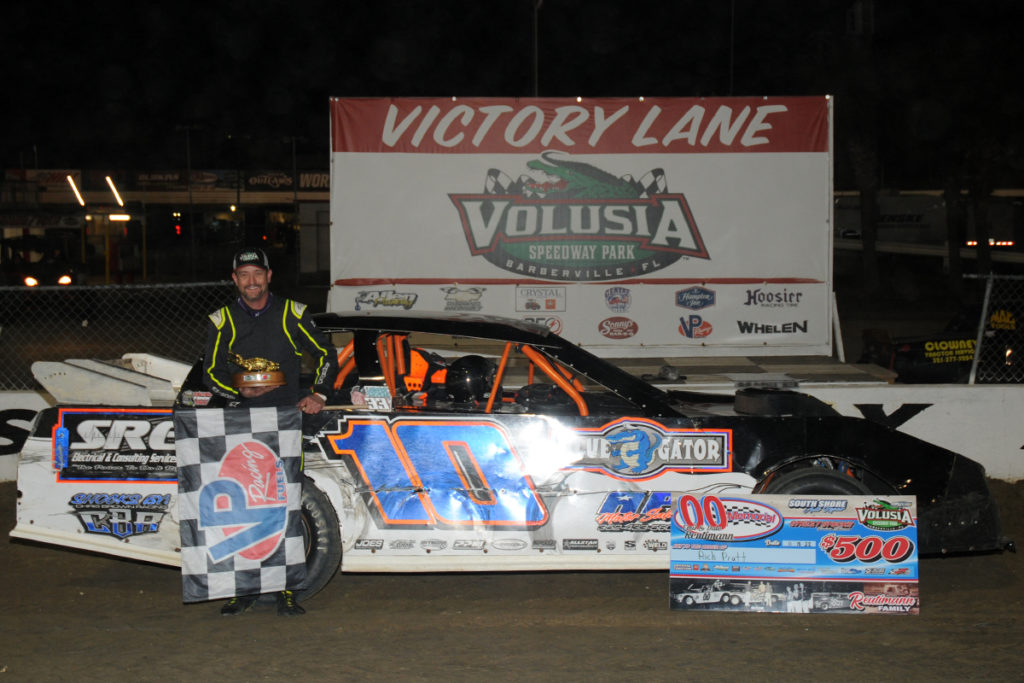 Starting the Feature from Row 2, Haslauer, of St. Augustine, FL, was in a good spot to be able to keep pace with the leading cars of Dalton Strehle and Tanner Thomas. Haslauer waited for the opportunity to pounce for the lead. That moment came on Lap 13 of the 15-lap race.

“I was running in third to get the tires warmed up, watching the guys and seeing where they were slipping through the corner,” Haslauer said. “I found a little bit of grip at the top, I moved to the top, and I started marching forward.” 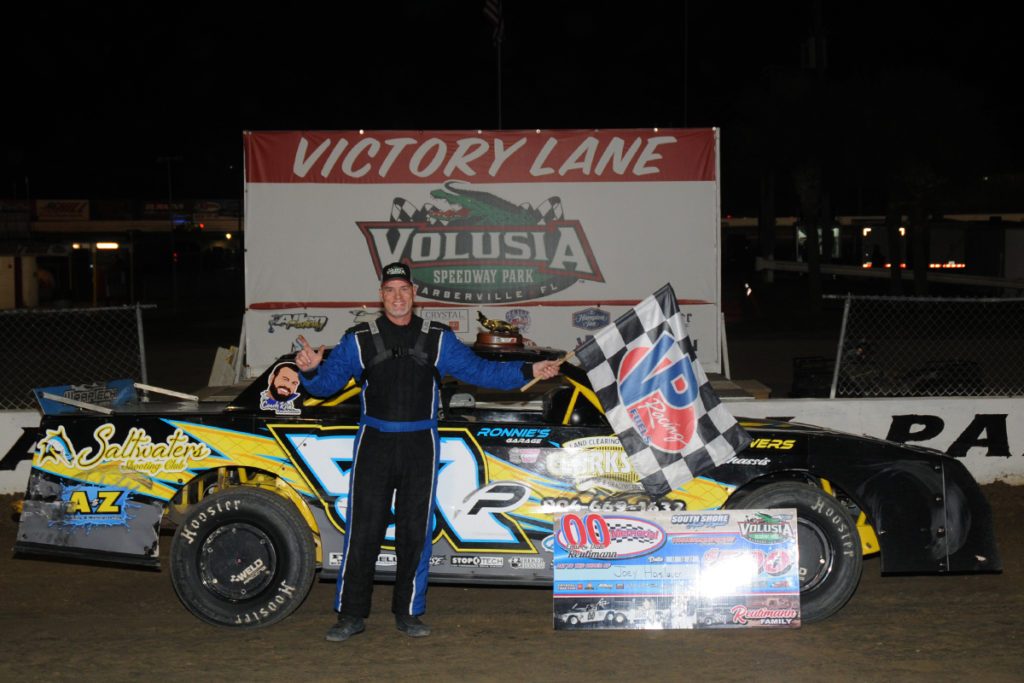 The next race at the World’s Fastest Half Mile will be Saturday night’s Emil & Dale Reutimann Memorial finale, featuring the DIRTcar UMP Modifieds, Pro Late Models and 3/4 Modifieds. Tickets are $20, and kids 12 and under receive free admission. Gates open at 4pm; Hot Laps at 6.

Can’t make it to the track? Watch all the action live on DIRTVision.