The Pierrepont, NY driver of the #7MM is the pride of the North Country back in New York after topping a DIRTcar Nationals podium crowded with Series championships and Gator trophy winners. Seven-time Series champion Matt Sheppard, from Waterloo, NY, finished second while three-time champ and Gypsum Racing driver Billy Decker finished third.

That’s the definition of a stout crowd.

“Everyone’s dream, when they start racing in the Northeast, is to win a Super DIRTcar Series race and I finally won one,” Maresca said. “It’s cool to start the year off with a win and to get a Big Block win is especially awesome. It means a lot. I don’t think it’s set in yet. I try to go with the mindset that each race is the same but I’m sure tonight, when I’m lying in bed, I’ll think about all the struggles in the past and realize how awesome this is.” 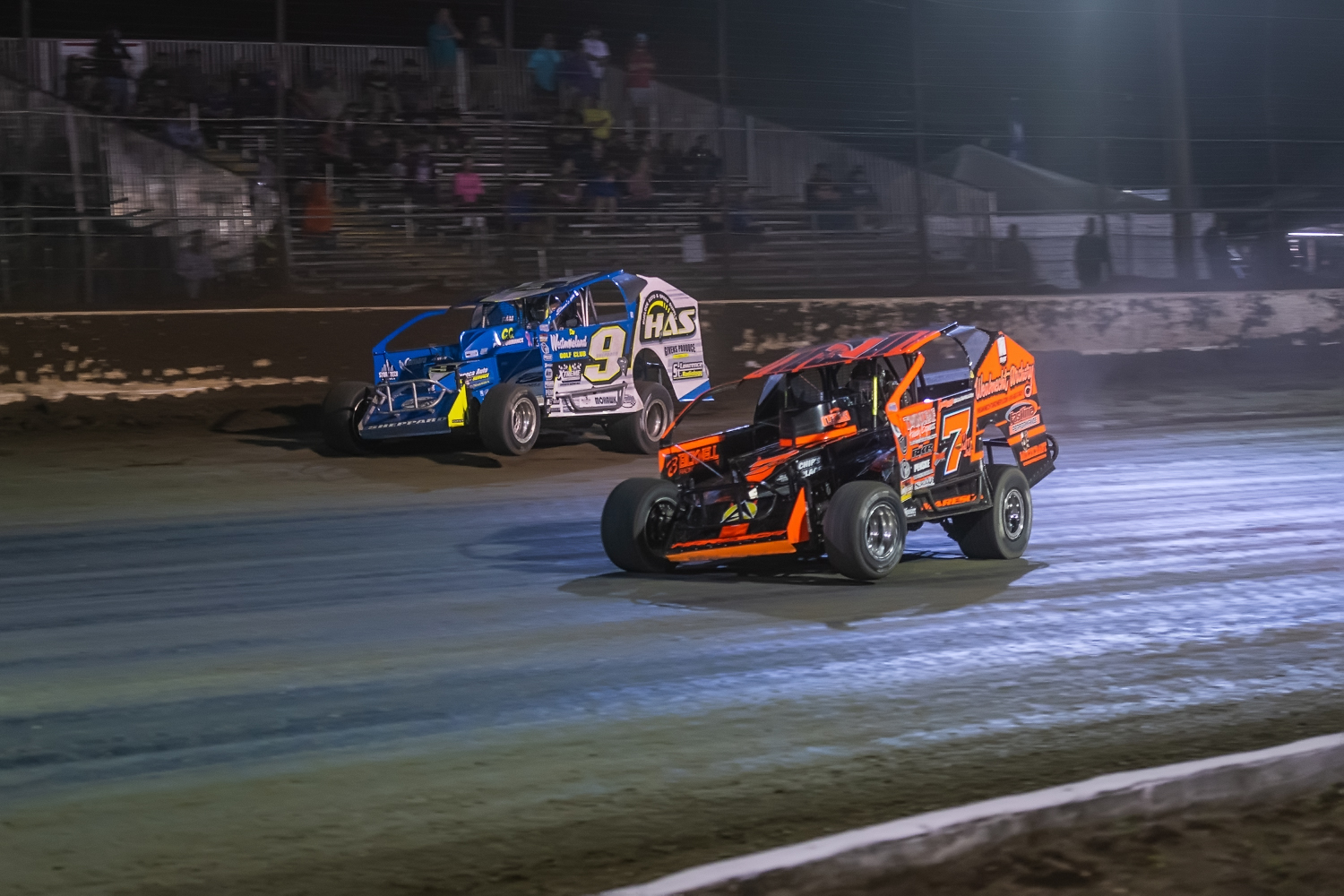 Maresca, who raced a DIRTcar Late Model earlier in the week, has found speed in his Big Block around The World’s Fastest Half-Mile.

“Our car had been consistent the last two nights,” he said. “We’ve made little tweaks here or there. We did some testing and the track really suited my style for those first 10 laps when it was really racy.

“We’ve been close the last couple of nights. Our first night was rough but we completely regrouped and went back after it.”

He’s found success with his setup using a new shock package on the #7MM.

“I want to thank the guys at Penske Racing Shocks,” Maresca said. “They gave us a package to get around this place that’s working really good. There are only two of us here running them. My whole team just kept working and we got it done. I’m really happy to get this car in Victory Lane for those guys.”

When the green flag flew to start the 30-lap Feature, there was an immediate battle between the #9S of Sheppard and Maresca. Sheppard threw his Big Block to the outside but couldn’t execute the pass.

“We had a really good race there,” Maresca said. “I figured Sheppard would be on the bottom but he came around the outside and I was able to clear him and move up. I think we had a really stout race car.”

Despite falling short of the win, Sheppard was pleased with his result. 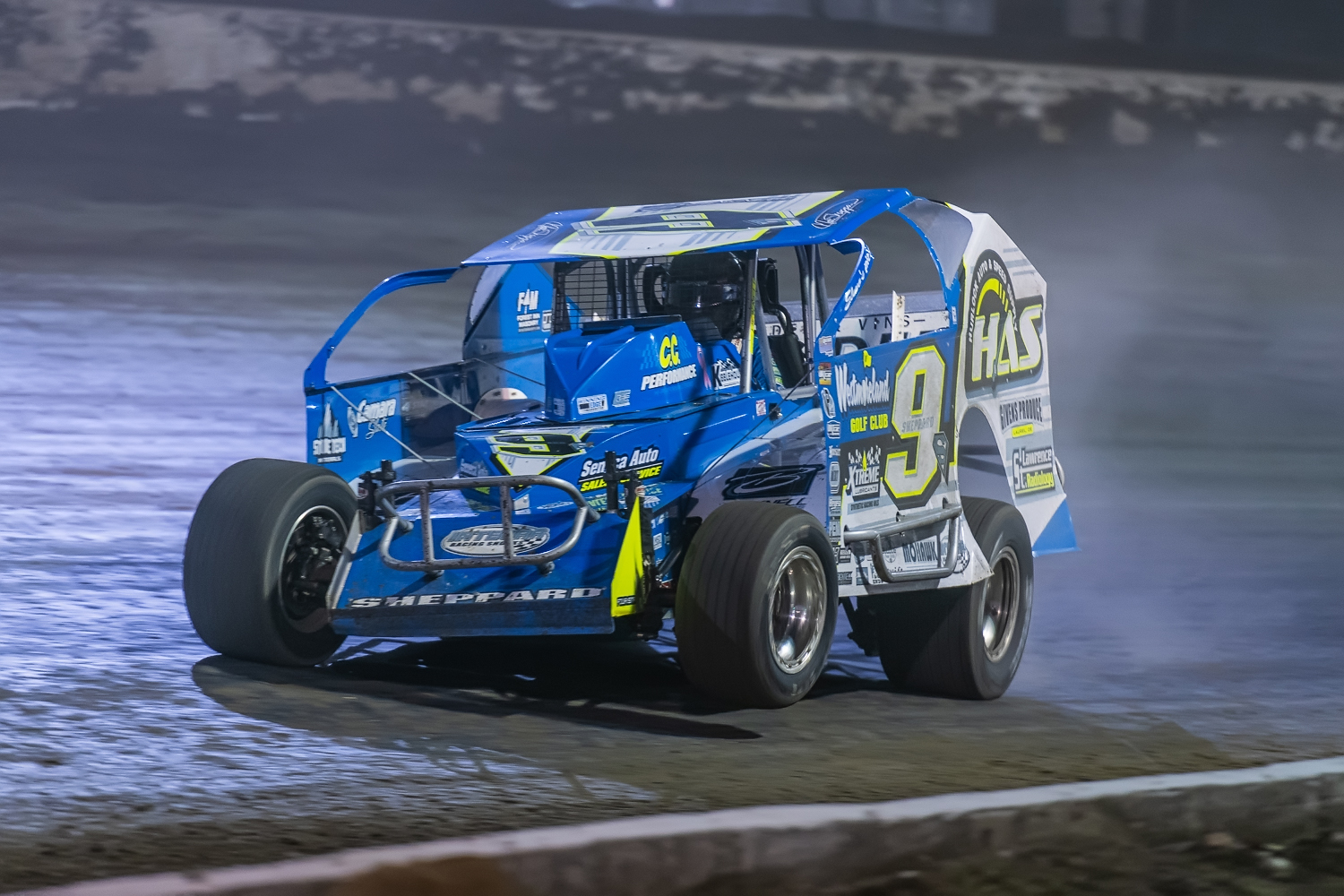 “It was a good night for us,” Sheppard said. “We gave Michael [Maresca] a run on the high side for a while but I just couldn’t get by him once he cleared down to the bottom. I think he was a little better than me anyway.”

Billy Decker has been wracking up podiums all week but, once again, needed a little more out of his Bicknell to get in a winning position. 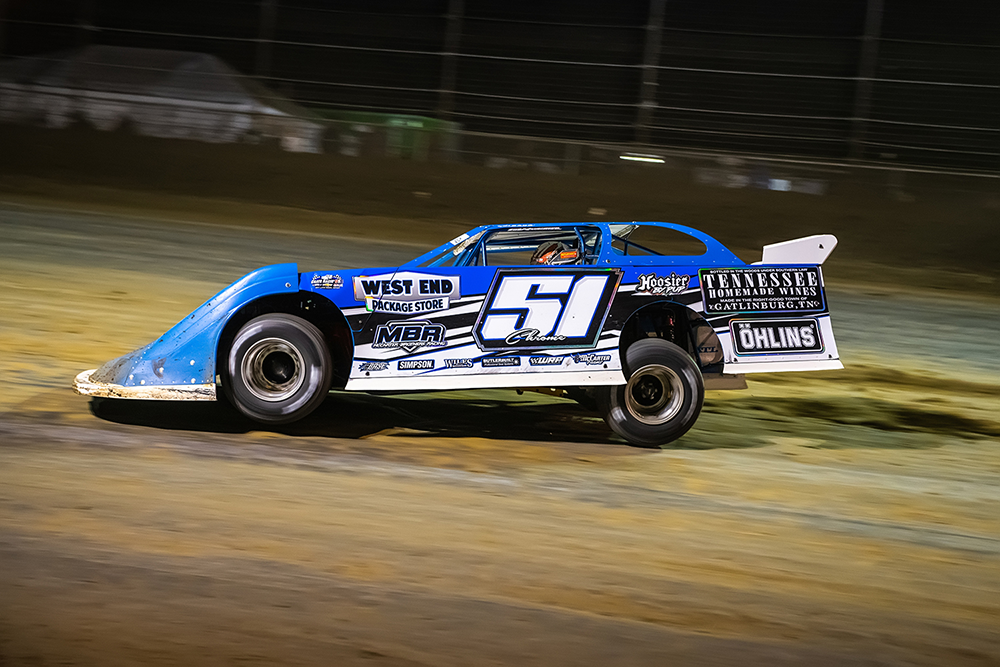 “We like parking on the front stretch but obviously we’d like to park down there,” said Decker, of Unadilla, NY. “The Gypsum Wholesaler car has been good. These guys work really hard. We’ve been consistent. We’ve had a rocket since we unloaded it. We didn’t always Time Trial well some nights but we raced really good every night which is important because we normally run really long races. We’re looking forward to it.”

Max McLaughlin still leads the 50th DIRTcar Nationals Big Gator championship going into Saturday’s finale. Billy Decker rides in second while Maresca climbed into third. Both McLaughlin and Maresca have a chance to win their first Big Gator the same year as their first Little Gators.

Billy VanInwegen picked up a strong fourth-place finish. He will be eager to come back for the 50-lap Feature while Peter Britten grabbed another top-five.

Next up, on Saturday, Feb. 13, the final night of the 50th DIRTcar Nationals is set to pit the stars of the Super DIRTcar Series Big Block Modifieds against each other for 50 laps and a $5,000-to-win prize. If you can’t make it to the track, watch live on DIRTVision. Hot Laps begin at 5:30pm (ET).